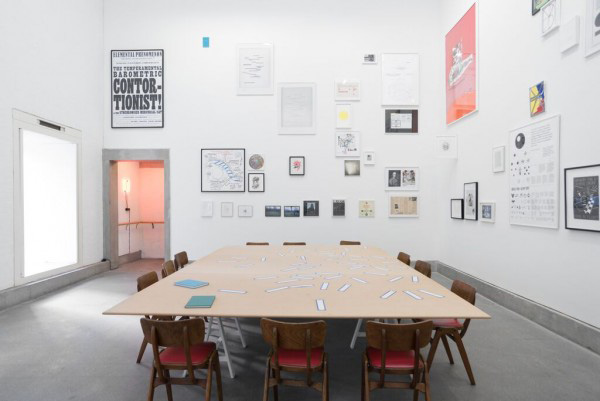 All are set up in the eventual service of a seminar-based teaching program at a fixed location to be established in Liverpool in the coming months.

Individual ‘Bulletins’ on a single theme are first published online as PDFs over a six-month period, then printed and distributed as Bulletins of The Serving Library.

The physical library, which contains collections of objects and books, has been temporarily sited at galleries and organisations including Tate Liverpool, Goethe-Institut New York and The Banff Centre in Canada.

At Bluecoat The Serving Library was initially installed for our summer exhibition, RESOURCE. The images displayed in The Serving Library at Bluecoat all originate from illustrations in the Bulletins and its predecessor Dot Dot Dot. Rather than amounting to an exhibition per se, these images function at Bluecoat strictly as décor, providing the backdrop for a series of reading groups and events.

The Serving Library will remain in place at Bluecoat until 15 February 2016 with further reading groups announced on the website. 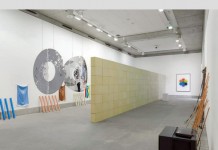 The Bluecoat: Filippos Tsitsopoulos- The Cabinet of Mr. Bonsai

the Bluecoat: Art of the Lived Experiment