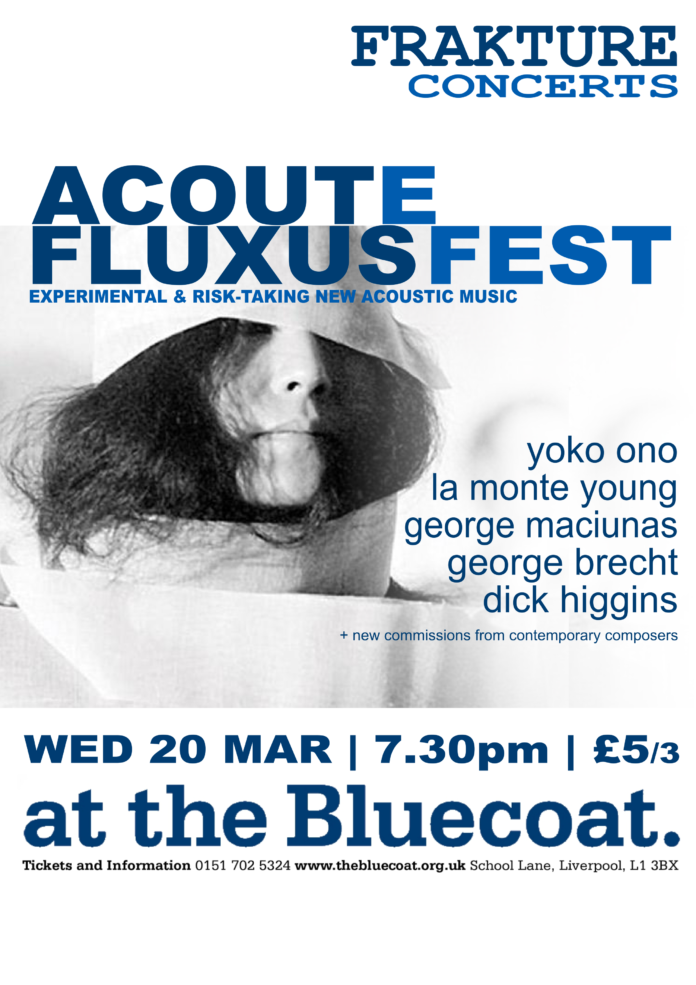 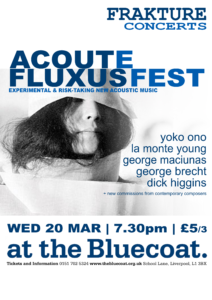 Acoute presents another night exploring the possibilities of acoustic music in a digital age. This time they give us a ‘happening’ – a look into the conceptual world of Fluxus, a group of radical young artists in the 1960s who gained notoriety for their anarchic performances, influenced by John Cage and Marcel Duchamp.

The event features classic works by Fluxus artists such as Yoko Ono, La Monte Young, George Maciunas, George Brecht and Dick Higgins, alongside new commissions by contemporary composers made in the spirit of Fluxus.

Performed by the Novo Ensemble