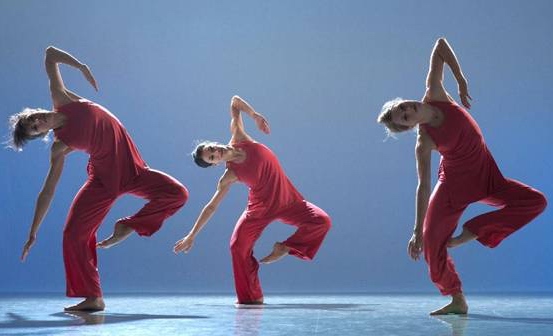 Fresh from two Sadler’s Wells performances celebrating its 20th anniversary, Richard Alston Dance Company embarks on a tour of the UK. The company of 10 dancers presents a mix of repertoire including Nomadic and Burning, the latest works by Alston and his Associate Choreographer Martin Lawrance, alongside old favourites such as 2003’s Overdrive, now on the GCSE syllabus, and Illuminations from 1994.

Alston continues to break new ground for himself with his new work Nomadic. He has invited young hip hop and contemporary choreographer/performer Ajani Johnson-Goffe to collaborate with him – a first in his 45-year career. Exploring the meeting point between hip hop and world music, Nomadic is set to music by Ursari Gypsy band Shukar Collective who fuse Romany and electronic music to dark, sharp effect.

Martin Lawrance’s latest work Burning premiered in Scotland in autumn 2014 to a standing ovation and rave reviews. Set to Lizst’s Dante Sonata, played live, Burning explores ‘Lisztomania’ and the composer’s relationship with the young, married Countess, Marie D’Agoult. The passion floods out of every pore in this frenetic and emotional piece.

Alston’s Rejoice in the Lamb is danced to Benjamin Britten’s superb setting of Christopher Smart fervent poetry. The words are full of wild and witty details reflected in Alston’s joyous choreography for his company’s ten dancers.

Set to Britten’s masterpiece, Illuminations paints a vivid picture of the wild young genius Arthur Rimbaud. Britten and Alston combine to depict images from the turbulent life of the young poet, visionary and misfit in equal parts.

Alston’s classic Overdrive is an exhilarating blast of nonstop dancing to the pulsating rhythms of Californian minimalist Terry Riley. The ten dancers of Richard Alston Dance Company ride seamlessly across the surging waves of Riley’s relentless patterning, in an intricate and mesmeric crescendo of movement and sound. Overdrive is one of 12 prescribed professional works for GCSE Dance on the AQA syllabus and Richard Alston Dance Company has produced a teacher’s resource pack to accompany it.

The duet from Unfinished Business is danced to the beautiful and lucid music of Mozart – the adagio of his piano sonata, K533 played live by Jason Ridgway. This piece was chosen by the New York Times as its number one dance favourite in 2013.

Also performed will be Hölderlin Fragments, an intimate cycle of Britten songs for voice and piano set to the enigmatic lyrics of Friedrich Hölderlin.

*You can book tickets online at theatkinson.co.uk or by calling The Atkinson Box Office on 01704 533333. You can also purchase your tickets over the counter during The Atkinson’s opening hours. Please be advised that there is a £2 booking fee for telephone and online sales.

The Atkinson: Chorus of the Coast

The Atkinson: Great Art On Screen

The Atkinson: Handmade in Merseyside