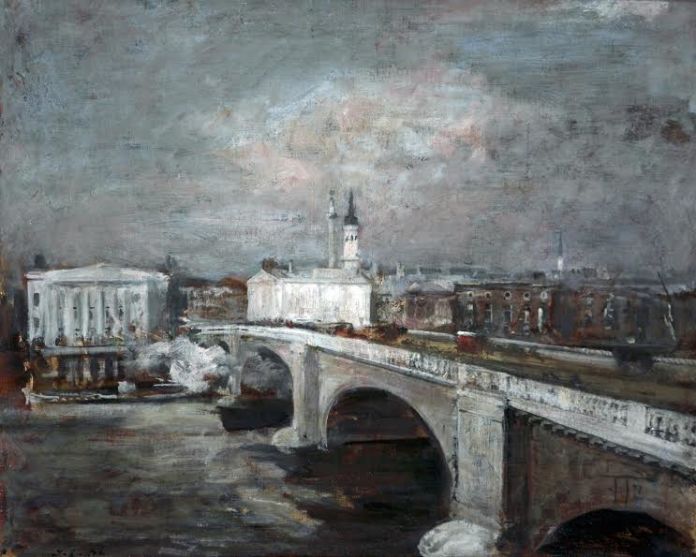 If absence makes the heart grow fonder, then Rediscoveries at The Atkinson is on to a winner. The exhibition showcases treasures from the gallery’s collections, some of which haven’t been seen for the best part of a century.

Alongside more familiar works, including sculptures by Henry Moore and Elizabeth Frink, there are paintings by Southport-born artist Philip Connard, who painted murals at Windsor Castle and has paintings in the collections of the Tate, the Musee d’Orsay and the Art Institute of Chicago but is now little known.

But perhaps most exciting are two works whose true origins have only just been discovered;

A painting previously labelled as ‘unknown artist landscape’ has been revealed to be by CRW Nevinson, one of the most famous artists of WW1 and the only major British artist to champion the Futurist movement. Depicting Limehouse docks in East London, the artist revisited the scene five years later to create a famous 1918 version called Southwark (Limehouse). The painting was originally from the collections of the Bootle Art Gallery and Museum, which closed in the 1974. Discovered in bad condition and listed only as a work by an unknown artist, it is thought that the painting has been in storage since the 1920s. 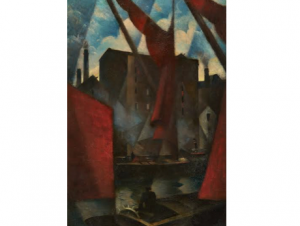 Its true provenance was uncovered by The Atkinson museum and gallery manager Stephen Whittle, when he spotted the image on the BBC’s  Your Paintings website, which catalogues thousands of works from the UK’s national collections. Conservation work later revealed the artist’s signature and also several previous compositions underneath the top layer.

Another significant and previously unattributed work was also discovered via the BBC Your Paintings website. Listed simply as ‘unknown artist, Florence’, keen online art detectives spotted the telling presence of a red London bus, drawing into question the setting of the painting.The artist was later identified as French painter Jacques Emile Blanche, friend to the novelist Marcel Proust, who lived and exhibited in London and Paris. The work has been retitled ‘London Bridge’ and given an estimated date of 1905-1914.

Other rediscovered gems included in the exhibition include figure drawings by Augustus John, prints and Frank Brangwyn and the early modernism of Keith Vaughan and Michael Ayrton.

The Atkinson: Handmade in Merseyside

The Atkinson: Walking Through the Sands of Time