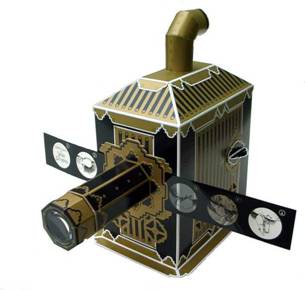 This summer, as part of the Vintage Season, The Atkinson re-visits the past with a programme of events that tells stories of old using Magic Lanterns an early type of image projector developed in the 17th century.

On 17 July, Andrew Gill a magic lantern showman will transport you back to Victorian England with a presentation of his authentic Victorian magic lantern. The original magic lantern and glass slides used are up to 170 years old and his performance includes a selection of photographic slides of Southport taken one hundred years ago.

On Friday 18 July, poet and broadcaster Ian McMillan and documentary photographer Ian Beesley come together to tell the story of the First World War using a real magic lantern projector as part of The Atkinson’s World War One Commemorative Programme.

Using a real magic lantern projector the story of the First World War is told from the point of view of men who survived it and lived on to old age and a changing world. Here too are the tales of women who worked in the factories that oiled the wheels of war.

Ian and Ian also explore the culture of magic lantern shows – from the natural world to engineering and from small disasters to Empire.

For more information or to book please visit theatkinson.co.uk / 01704 533333. Tickets are also available over the counter during general opening hours.

The Atkinson: Walk On