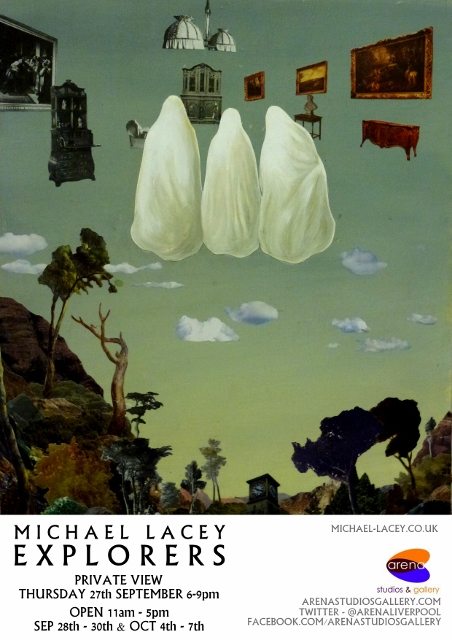 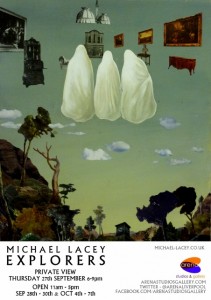 Michael Lacey is an artist and writer based in Liverpool. Since graduating from the Glasgow School of Art in 2009, he has exhibited widely around the UK. Michael recently completed an ambitious collage mural alongside existing works by Alasdair Gray in Glasgow’s Ubiquitous Chip and released a comic book entitled “Innards”, which attracted praise from industry legend Alan Moore. “Explorers” is his first solo exhibition.
“Explorers” is a large collection of works combining collage, drawing and painting to document a fictional landscape populated by strange characters and rituals.
www.michael-lacey.co.uk

Arena – Trip Through My Window