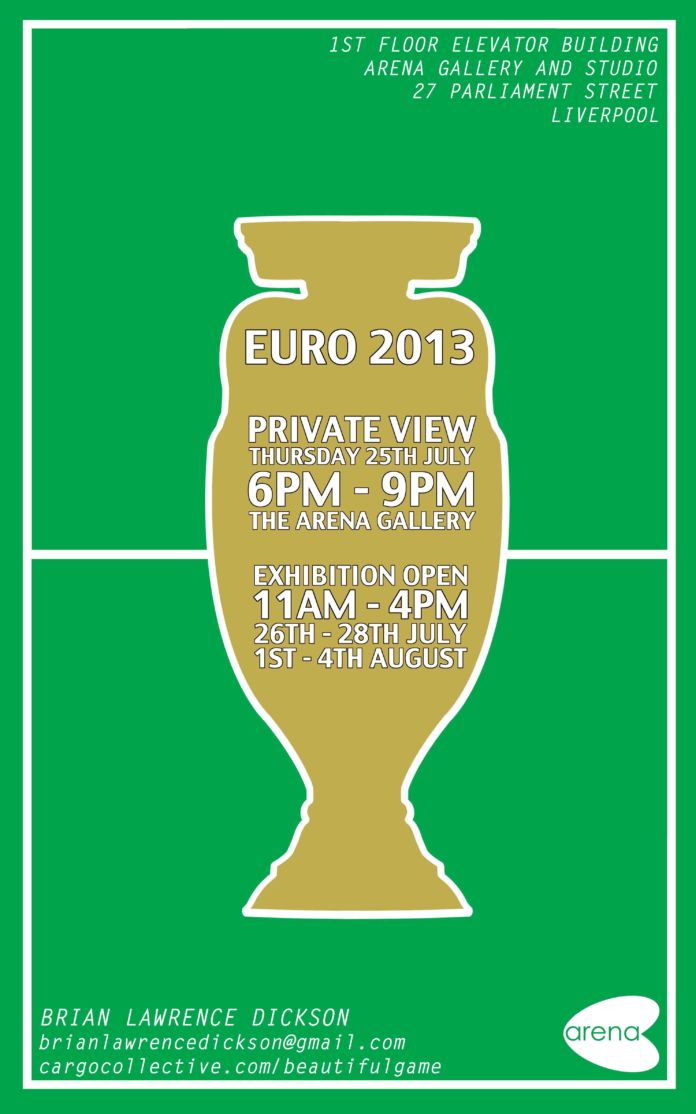 Preview Thursday 25 July from 18.00, with the Semi Finals of the Mexico 86 world cup playing in the Elevator Bar.

A collection of works celebrating the colours, rules and complexities of the beautiful game. Featuring older works yet to be exhibited and two new works entitled ‘The Merseyside Derby’ created specifically for this show. Both works taking influence from classic Liverpool and Everton kit designs.

Brian Lawrence Dickson graduated from Glasgow School of Art in 2009 from the Sculpture and Environmental art department. Once graduated, he spent several years making paper based sculptures, installations and drawings. These works would often purely be made using either paper or card and a craft knife.

In recent years Brian Lawrence Dickson has incorporated his love of the Beautiful Game, football into his work. Again, solely working with the medium of crafting paper and collage, he has begun to incorporate his conceptual thoughts on the game into his work.From an obsession with the colours and visual structures used within the game, he aims to celebrate the sport in its most basic, visual form. Taking influence from pitch markings and classic kit designs, his work aims to expose the beauty within the beautiful game to fans and non-fans alike.
Arena: 1st Floor Elevator Building, 27 Parliament Street, Liverpool, L8 5RN – 0151 707 9879

Leaf on Bold St: Not The Arena Auction

Arena Studios and Gallery: Blackbirding An exhibition by James Lockhart