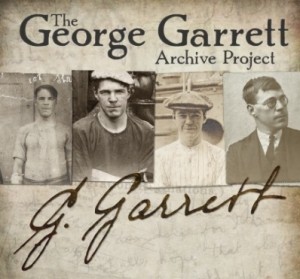 Open to the public daily

George Garrett is regarded as one of the most significant working class writers of his generation. Yet, since his work was published in the late 1930’s, and following his death in 1966, he has almost disappeared from view. The George Garrett Archive Project, launched with the support of the Heritage Lottery Fund by Liverpool’s Writing on the Wall Festival, aims to celebrate and preserve his legacy, bring his life and work to a new generation of readers, and inspire a new generation of writers.

The unique installation ‘Shore leave – Garrett in the City’, designed by Liverpool John Moores University Art and Design students, was commissioned by the project to provide a public structure fordisplay around the city, taking news of his life and work to the public, both Liverpool residents and tourists alike.