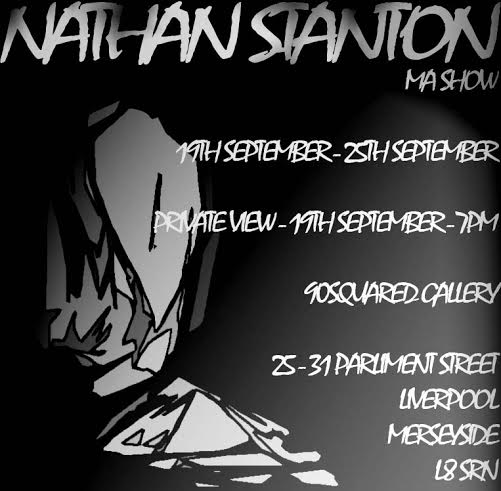 Stanton’s work explores the characteristics of ‘Identity’ through painting/ sculpture with aim to create works that hold an identity but are distorted/ altered in a style that makes the audience to contemplate.

He is fascinated by the human figure and how many artists have unique ways of representation. The series of work is based upon self-portraiture, as he wants the audience to view my state of mind while depicting the figure. The objective was to take the influences from the Cubist movement and start looking at how artists like Pablo Picasso and George Braque altered the figure but often maintained small identifiable clues, depicting the figure using specific geometric shapes and forms.

Stanton is heavily influenced to how Cubist works challenge viewers to understand a subject broken down into its geometrical components and often represented from several angles at once.

Artists Willem de Kooning and Francis Bacon are key influences: both artists produced paintings to reflect their previous experiences and emotions. Stanton took this notion on board and began by wanting to display the figure in a way that represents my emotions and feelings. He enjoys experimenting with space and the composition of the figure on each painting.

Stanton works mainly in monochromatic tones to basically demonstrate the range of effects that can be achieved when eliminating color from the figure.