Edwards first came to prominence as co-founder of ground-breaking Pop collective BEV and his work with the group would go on to define the era.

During the mid to late 1960s BEVs psychedelic murals appeared everywhere from the boutiques of Kings Road and Carnaby Street to Paul McCartney’s Magic Piano and their collaborations with artists including The Beatles and Pink Floyd are the stuff of legend.

”I wrote Getting Better on my magic Binder Edwards & Vaughan piano, of course the way in which it was painted added to the fun of it all.” – Sir Paul McCartney

BEV were also renowned for their seminal light shows, the like of which had never been seen on these shores. In 1967 they staged The Million Volt Light & Sound Rave at Londons Roundhouse which featured the only known public airing of the legendary Carnival Of Light recording; an experimental sound collage created for the occasion by Paul McCartney and John Lennon during the early stages of the Sgt.Pepper sessions.

A Journey Into Vision & Sound will focus on Edwards artistic output from this halcyon period and will feature a selection of images that have been archived for over forty years including photography by Lord Snowdon and the mural Edwards painted for Ringo Starr in 1967.

We would be delighted if you would join us for the launch of the show which will open at 3345 Parr St, Liverpool on the 29th October. We are excited that Dudley will also be joining us for this special opening event which will feature an exclusive DJ Set from Will Sergeant (Echo & The Bunnymen) with visuals from Howard Be Thy Name and live music from Wicked Whispers.

RedHouse Originals presents:
The Work Of Dudley Edwards in A Journey Into Vision & Sound
In association with Liverpool Music Week and Squared Circle at 3345 Parr St, Liverpool L1 4JN 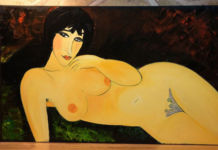 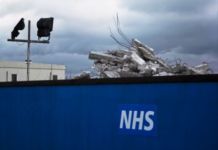