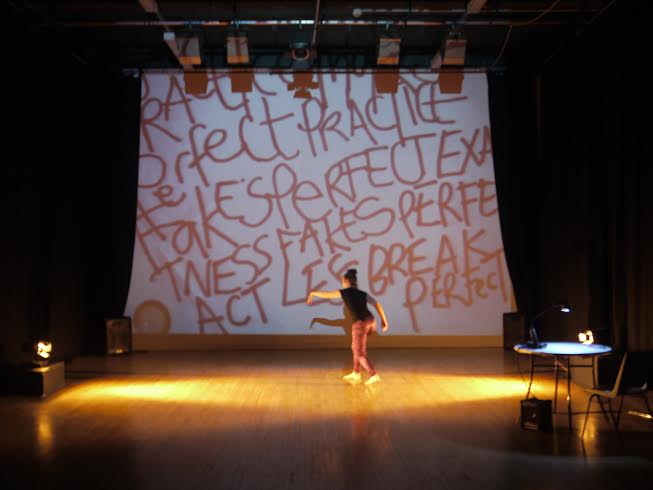 8 October 2014
6.30pm
Tickets: £4.00 (adv) £3.00 (on the door)
Facebook: Thefirstfour / @the1stfour
The1st4 presents DiCTATE (Again) a live art event that encourages emerging artists to experiment and collaborate on new performance pieces. Taking place at 24 Kitchen Street, in the Baltic Triangle, it will see the debut of a new work by Hollie Frances Lewis, along with the Liverpool premier of Manoli Moriaty’s ‘living instrument’ Symbiosis.
DiCTATE is a strand of The1st4 live art platform. Its main aim is to create a space to bring together emerging artists working in two separate mediums to produce new experimental performances, to encourage collaboration. The form this takes is that a ‘non-performing’ artist is selected to create a ‘performance score’ which is interpreted by the performer.
April 2014 saw the first DiCTATE take place at Camp and Furnace. It featured performer Ayaka Furuwaka interpret a performance score from video artist Dan Mahony. Entitled The Slow Death of the Jazz Singer, documentation of that event can be seen here. 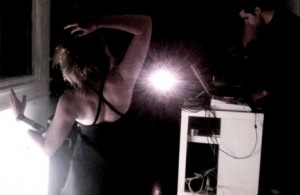 DiCTATE (Again) will continue with this exploration of collaboration; it will see the performer Hollie Frances Lewis interpret a performance score from artists and actress Selina Hope Borji. The starting point is the recollection of a dream; half remembered and dragged from the twilight of sleep. From this reverie will come a performance that explores the relationship between language and movement.
Also DiCTATE (Again) will see the Liverpool debut of Symbiosis by Manoli Moriaty; a collaborative piece with explores the connection between sound and movement; transforming the performer into a bodily instrument which will create sounds based on the interaction with the space and audience. Symbiosis questions who is dictating to who; it is a mass collaboration between performers, audience and the spatial aspects of 24 Kitchen Street.
Hollie Frances Lewis
holliefranceslewis.wordpress.com/
Hollie is a performer currently based in Chester. Her practice is centred on the use of language and our physical relationship to it. She has shown work at the Dear Serge performance platform as well as Matchpoint, Munich.
Selina Hope Borji
iamdovetailed.tumblr.com/
Liverpool based Artist and Actress Selina Hope Borji answered the callout for an artist. Her score was selected because her score, written while awaking. This description of a fading dream opened up the possibility of language as a medium for movement.
Manoli Moriaty
manolimoriaty.wordpress.com/
Manoli is a Greek born, Manchester-based sound artist. For DiCTATE he will be collaborating with the performer Frances Kay and presenting ‘Symbiosis’. This was recently performed at The Late Night Anatomy Fish Fry, The Arches Glasgow.