The Threshold Festival of Music and Arts takes place 1-3 April 2016 in Liverpool’s Baltic area.
Over the next few days we are featuring just a few of the many visual artists taking part.
Our second artist is Ruth Dillon.

Words by Patrick Kirk-Smith for Art in Liverpool

Alchemy Visual Arts, part of Threshold works for a wealth of reasons. Partly because it brings us new things, and partly because it changes things we might think we already know; and a whole host of reasons under those rather large umbrellas. Ruth Dillon is one such artist, who has had a wonderful practice, locally and globally for several years now, but for Threshold will have to rethink her practice to fit with themes of Alchemy, and transformation.

Rethinking her practice isn’t exactly a new trick for Ruth Dillon though, who defines herself as a “concept and process based artist”, which in simple terms, means she uses ideas, not materials to define each project. It’s an excellent way of working, which I have believed in for some time. The power of the artist lies very much in their head, and it is the artisan’s job to refine how that is presented. Sometimes those things come in one package, and often they are separated. The unfortunate reality is that sometimes the artist is forgotten by the artisan.

Threshold Festival, the encompassing mass around Alchemy Visual Arts, has curated its plan in order to get that quality from each of the artists or groups exhibiting. Dillon just so happens to already have that quality in abundance.

The idea this time comes from a close relationship between herself and the works and words of Leonardo DaVinci, who presented an opposition to alchemy through explorations of science. A beautiful quote from LDV that Dillon gave me explains “many have made a trade of delusions and false miracles, deceiving the stupid multitude.” Perhaps too much of a critique of a field he himself was involved in in many ways through his role as an artist – whose principle goal is to transform.

A point this artist has not failed to pick up on, referring to artists as being “in the business of exploring materials and transformation, a kind of illusory magic.” And as an artist who avidly expresses her infatuation with Plato, Socrates, Hegel and Kant, the transformation and materials she is working with are ones based in ideas. In brief: knowledge, communication, perception, existence. Philosophical properties that are touched on in part of her goal as an artist, “grappling with expressing an idea, as purely as I can, and with creating an artistic language that is readable.”

It’s an intriguing premise, however you look at it, driven by intellectual matters but exploring real ones. What we know about the results of this endeavour so far is that it will be the product of explorations with medical science. Science displayed as the product of a workshop between TATE Liverpool and Alder Hey Children’s Hospital, and it’s all coming to fruition at Constellations in the Baltic Triangle. It’s ambitious, and it’s slightly terrifying, because there’s so much going on as part of the process. But as an artist who practices in the medium of process, almost exclusively, if anyone can make it work, it’s Ruth Dillon. So for a genuine intellectual challenge, woven into an exciting visual installation, Constellations should be in your diary at some point between the 1st and the 3rd of April.

See the Threshold website for full listings and locations.
Also http://thresholdfestival.co.uk/ruth-dillon-2/
and http://ruthdillon.portfoliobox.net/ 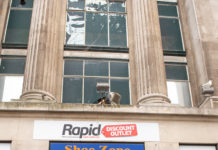 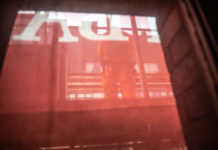 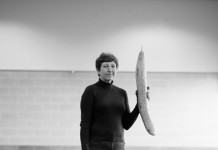 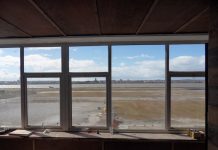 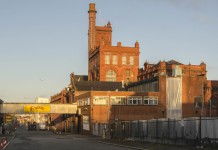