Home Venues Archives The Reader Gallery Archive The Reader Gallery: Exhibition by Joel Bird
Share
Facebook
Twitter
Pinterest
WhatsApp
Until Sunday 9 August 2015. Open 10.00 – 17.00
This exhibition in the former Coach House, now Reader Gallery in Calderstones Park is filled with Joel Bird’s sculptures, paintings and inks. The subjects include figurative paintings, crows and allotments?!
Joel grew up in Liverpool and now lives in London where he spends most of his working hours building sheds – he won the Channel 4 Amazing Spaces Shed of the Year competition in 2014. He is also a musician and is continuing to develop his art practice.
He says “The signature of my work might be described a flowing structure which expresses inter-connection. And colourful and a love of nature.” 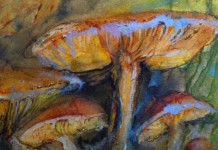 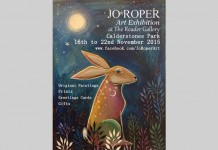 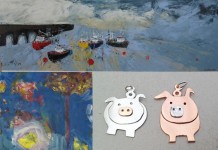 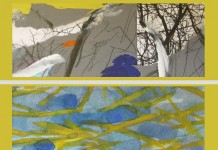 The Reader Gallery: Above and Beneath – Exhibition of paintings by Josie Jenkins and Peter Appleton

Calderstones – Birds in the Park

Calderstones – Embroidery in the Park

The Reader Gallery: Above and Beneath – Exhibition of paintings by...