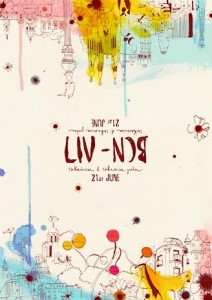 The first independent festival of Liverpool and Barcelona isn’t about bringing Barcelona to Liverpool.

Focused on music but also including illustration and gastronomy, LIV-BCN is an exchange, a cultural meeting between the two places, artists and publics to experience and share.

It’s a celebration of the rich artistic offerings from Liverpool and Barcelona, two metropolitan fountains of creativity  that have a lot in common and share a feeling of respect and admiration for one another.

Artistic quality is the roadmap for LIVBCN, with an ecclectic line-up indicative of the thriving, diverse independent scene of both cities. It’s a local, bilateral and International festival focused on the artistic/cultural/musical twinning of Liverpool and Barcelona.

Joana Serrat’s new album, “Dear Great Canyon” (americana, folk), recorded live with a band made up of illustrious musicians from the Barcelona scene and produced by Howard Bilerman (nominated for a Grammy for his production work on “Funeral” by Arcade Fire), has received outstanding critical acclaim in Spain and abroad. Joana Serrat has recently finished a short UK record shop tour (including Rough Trade East, London) after the song ‘The Blizzard’ was picked up by Rough Trade as song of the week. The track ‘Summer on the beach’ has been played on BBC6 Music and the album has received high praise from sites outside Spain like For Folk’s Sake. LIVBCN will be Joana Serrat’s first UK performance with the full band.

His first live show in England was in Shoreditch (London) on November, 2013, a sold out show with Dirty Beaches and Baths in Oval Space club.

Dj Coco is a key figure in Barcelona and Spain’s Indie scene, extremely essential to understanding Indie in Barcelona. A top Dj, named best Dj in Spain in 2013 and 2014 by the readers of Rockdelux, Coco is widely known for his legendary yearly performances closing Primavera Sound Festival, has shared cabin with artists such as Erol Alkan, 2ManyDj’s, Justice, David Holmes, Ian Pooley, Le Hammond Inferno and Jacques Lucont, to name a few, and played in International festivals like ATP, Paredes de Coura, Flow Fest, FYF Festival. His only two UK shows this summer are LIV-BCN (first ever show in Liverpool) and Jabberwocky festival (London). 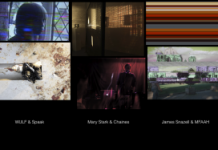