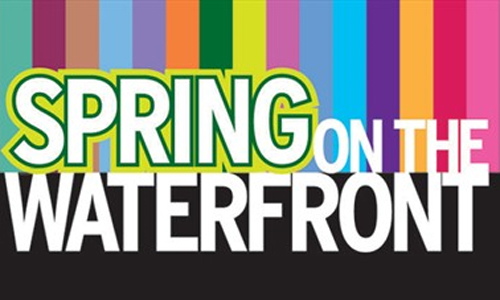 * A special visit by some of the world’s most famous Tall Ships including Astrid, Pelican of London, Oosterschelde and STA Stavros S Niarchos which is the first new tall ship built in Britain for more than 12 years.  Visitors will be given the chance to board the ships as well as square-rigger Zebu and Ruth, to watch demonstrations of sailor skills and to meet the crew.
* A Shanty Festival where performers will take to a floating stage in Salthouse Dock and the quayside will be filled with songs and music from Liverpool’s golden age of sailing ships.  Local acts will be joined by performers from the USA and Europe.
* Yachts from all over the North West will compete in two exciting regattas on the Mersey – the Liverpool Kindred Clubs Regatta (29 April-2 May) and the Royal Mersey Spring Regatta (7-8 May) which will both see multihulls, nobbies and yachts compete for first place.
* Canal boats will take over Salthouse Dock, giving everyone the chance to tour some of the historic vessels and see the canal boat tug-of-war.
* Water lovers can make the most of free taster sessions of dinghy sailing, windsurfing, wakeboarding, kayaking, canoeing and paddleboards at the Watersports Centre.
* A special food and drink festival located at the Pier Head will showcase the very best local produce.
* Street theatre will add an element of maritime madness to the occasion with entertainment ranging from mime and clowns to jugglers.
* Many bars, restaurants and shops on the Albert Dock will be offering free special activities for customers, including Gusto which will be giving children the chance to create their own pizzas.
* Fascinating guided walks will explore the UNESCO World Heritage Waterfront, and visitors can discover how Liverpool transformed from a tiny fishing village to the second city of the Empire.

And, as the event launches on the same day as a very special wedding, organisers have made sure visitors will not miss out, with a Royal Wedding salute performed by the historic canal boats between 11.30am and midday.  The Royal Wedding will be shown on a giant screen at Liverpool ONE, which will also host a street party.

Liverpool City Council’s Head of Events, Judith Feather, said: “Spring on the Waterfront is set to be a fantastic event and it’s a real credit to the maritime industry and other regional organisations who have worked with us at short notice to make it possible.

“The number of free activities on offer means there really is something for everyone, and it’s a way of keeping everyone entertained without breaking the bank!

“The event is also a taster of what to expect in September when the hugely popular Mersey River Festival returns.  Our iconic waterfront will be showcased at its very best and we’re looking forward to thousands of people converging on the Pier Head for what will be a wonderful occasion.”

The city council has been working in partnership with Liverpool Vision, the city’s economic development company, to organise Spring on the Waterfront.

Chief Executive of Liverpool Vision, Max Steinberg, said: “We’ve had fantastic support from Liverpool businesses and the city is making the best of its main attractions.

“Spring on the Waterfront will not only be a great day out for families, but it will also provide a valuable injection into the economy and showcase our World Heritage Site and magnificent waterfront in the best possible way.”

For full details and times of all the events taking place during the festival visit www.liverpoolonthewaterfront.co.uk/spring.