Will Self: The Roy Stringer Memorial Lecture
FACT, 10th November 2016

It’s about the point where he’s comparing artists who collaborate with scientists to Nazis that it clicks: Will Self’s self-definition of himself as a “provocateur” is just a pretentious way of hiding the title “troll”. Who else would come to speak at the opening of a celebration of interdisciplinary conversations, and denounce all those involved?

It doesn’t begin badly – the questions he raises at the start of the lecture are worthy of discussion.  He’s concerned about our understanding of science, questioning the objective value of both science and art which is incomprehensible to many people outside of those realms. We are told that the work done at CERN is important, but most of us take this on faith rather than actual understanding – should we? He also questions the purpose of contemporary art, which it feels is often more of an intellectual exercise than an aesthetic pleasure. These questions of accessibility are worthy of consideration and, particularly in the case of art, possibility vital for its continued funding and existence

The problems come with his simplistic “it’s rubbish” dismissal of anything which he – and therefore, in his eyes, nobody else – understands. The CERN scientists may work with complex concepts which (for now) don’t have a practical application, the same can be said of art. But that does not mean these things are not worth doing – as he, as an author, should know.

He is extremely critical of Stephen Hawking’s view that human ‘purpose’ is to colonise other planets, but some sort of purpose is surely what drives all creation and discovery. His mode of discussion reveals Self to hold a level of intellectual condescension which is scarcely believable in a man who works as a university lecturer. It’s an attitude which is not only insulting to the scientists and artists in the audience, but often clichéd and stale – his view that young people don’t read books has been the view of elders since the days of Socrates.

The Q&A session at the end is also revealing and the hypocrisy of some of his answers either confirms the ‘troll’ theory, or revealing a shocking lack of self-awareness in a supposedly intelligent man. Having spent the last hour or so denouncing science’s lack of populism, he states his belief that art should only be practiced by “elites”.

Is Self’s problem with science, then, that it has overtaken philosophy and art as the source of answers about the nature of the world? That audiences will no longer take what writers say – specifically, himself – as truth without any supporting evidence? That he can be respected as a creator of fictions, but not truths?

Despite introducing some salient ideas for discussion, Self didn’t want to start a conversation so much as to feel superior to his audience. A childish quality that’s really quite tragic in a successful man of 55. This lecture was supposed to be about “encouraging curiosity and creativity”.  Unfortunately, it didn’t feel like it was about anything except Will Self.

To find out about the incredible, cross-disciplinary, No Such Thing As Gravity, open at FACT until 5th February 2017, read our review here. 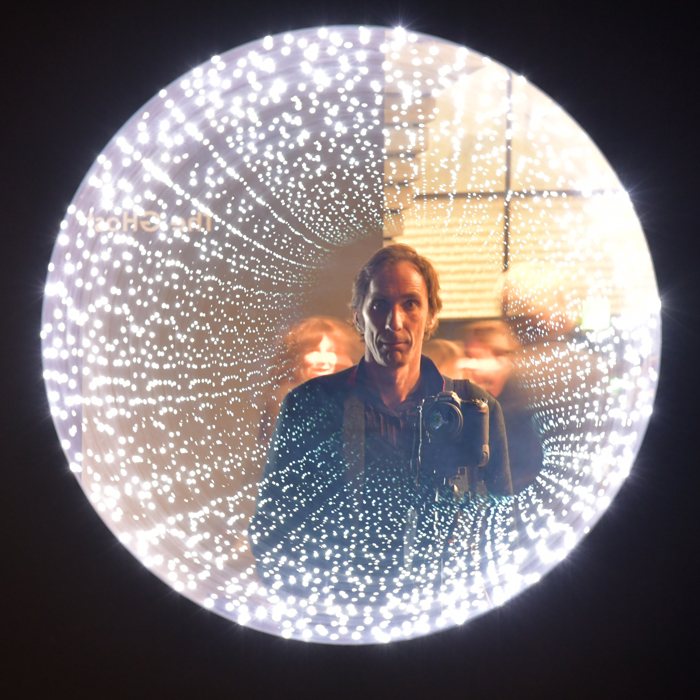 Review: You and I are like that red wall… CBS

What are you Waiting For? Build Your Own at FACT