Words and images by Moira Leonard

12 sketches in 12 galleries in 12 UK locations gives 12 unique opportunities to see incredible sketches by Leonardo Da Vinci, precious works that can normally only be seen by special appointment with Windsor Palace as part of the Royal Collection Trust.

All 144 works are on public display simultaneously throughout the country until 6 May 2019, however this review concerns only ‘Leonardo Da Vinci: A Life in Drawing’ at the Walker Art Gallery in Liverpool.

Curated by Xanthe Brooke, Curator of European Art at the National Museums Liverpool, this exhibition forms part of the celebrations marking 500 years since the legendary man’s death. I was going to say artist, but, as these sketches illustrate, he was also an architect, musician, engineer, anatomist, botanist and so much more.

On entering the gallery an introductory quote reads ‘There was (not) another man born in this world who knew as much as Leonardo, and not only of sculpture, painting and architecture, and that he was truly a great philosopher’. King Francis 1st of France (1517-19).

Each sketch has its own story and Brooke tells me that Leonardo started many projects, studied them in minute detail, and often never finished the final work. Or those that he did finish sadly perished over the next few hundred years. This is why his sketches are so important to us now, and the Royal Collection Trust hold 700 of them.

Alongside the displays of sketches and their own interpretation, the exhibition goes on to illustrate more of Leonardo’s general history including several interesting facts about the Mona Lisa. I wasn’t aware that between 1600 and 1620 many copies of the Mona Lisa were painted in the French Court and one of these hangs proudly in the Walker Art Gallery (Room 2 if you want to track it down).

I also learn that in 1911 the original Mona Lisa was stolen from the Louvre in Paris and at the time Picasso was wrongly suspected of its theft. It was eventually located two years later in Florence, with an Italian Glazier. Surely there’s a film script in there somewhere?

This exhibition also traces links between Da Vinci, Liverpool and key Artists connected with his life including Michelangelo; Raphael; and Bartolomeo di Giovanni. This is a clever tool that enables you to delve deeper into the story should your curiosity be aroused, and mine certainly is…

So, what sketches can you expect to see at the Walker Art Gallery? I don’t want to spoil the experience for you, however, highlights that catch my imagination are:

To sum it up, I love this study into Leonardo’s wide range of interests, and it makes me want to plan the next few weeks traversing the country to see the other works…oh and I am also reading Leonardo’s Biography to find out more about this ‘infinitely curious, easily distracted, vain and vegetarian 16th Century man.’ Sounds like a line from a song. If he had lived today, would he also have been a rock star too I wonder?

I could go on, but I won’t, I would just recommend that you go and experience it for yourself. 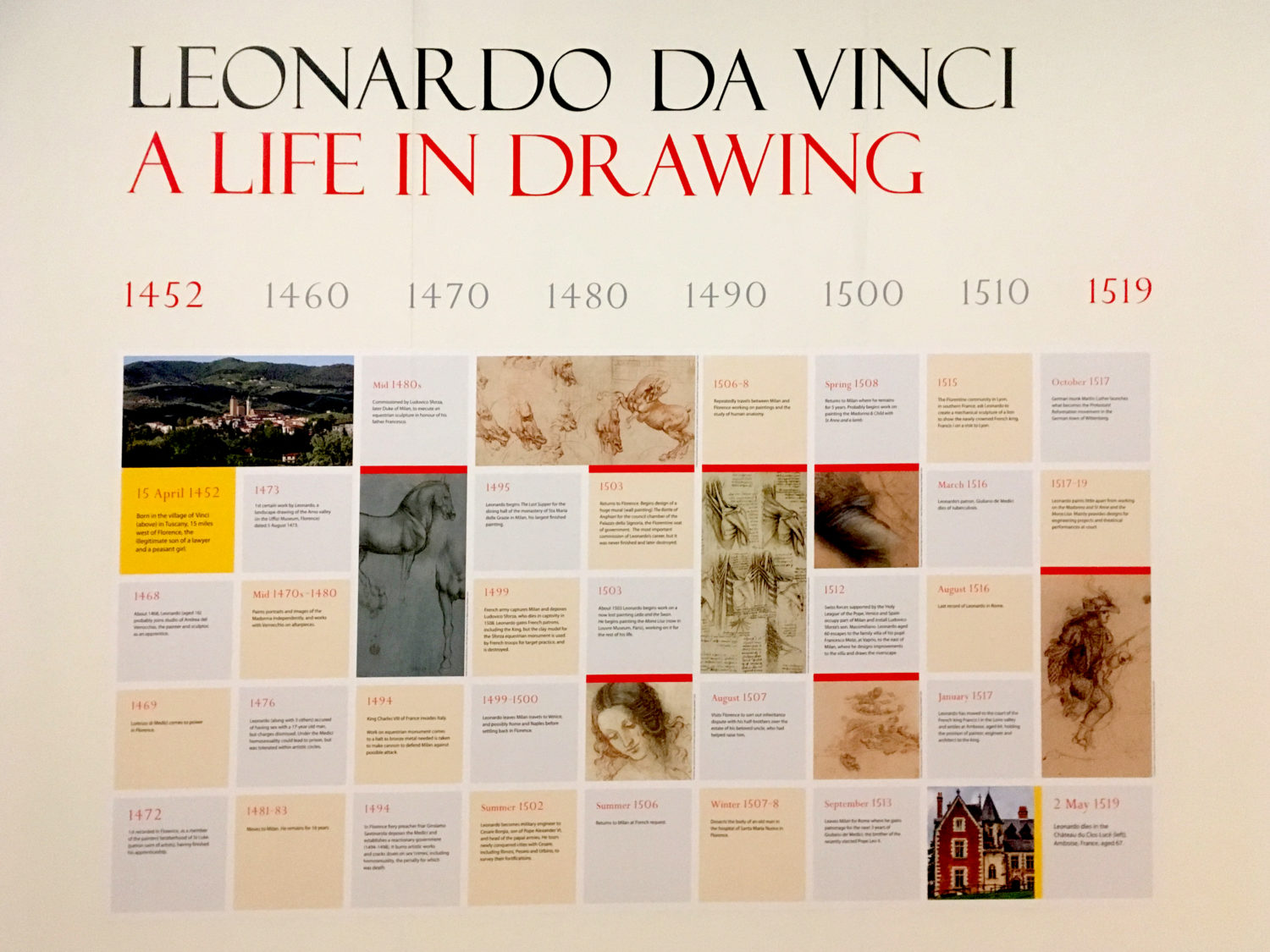 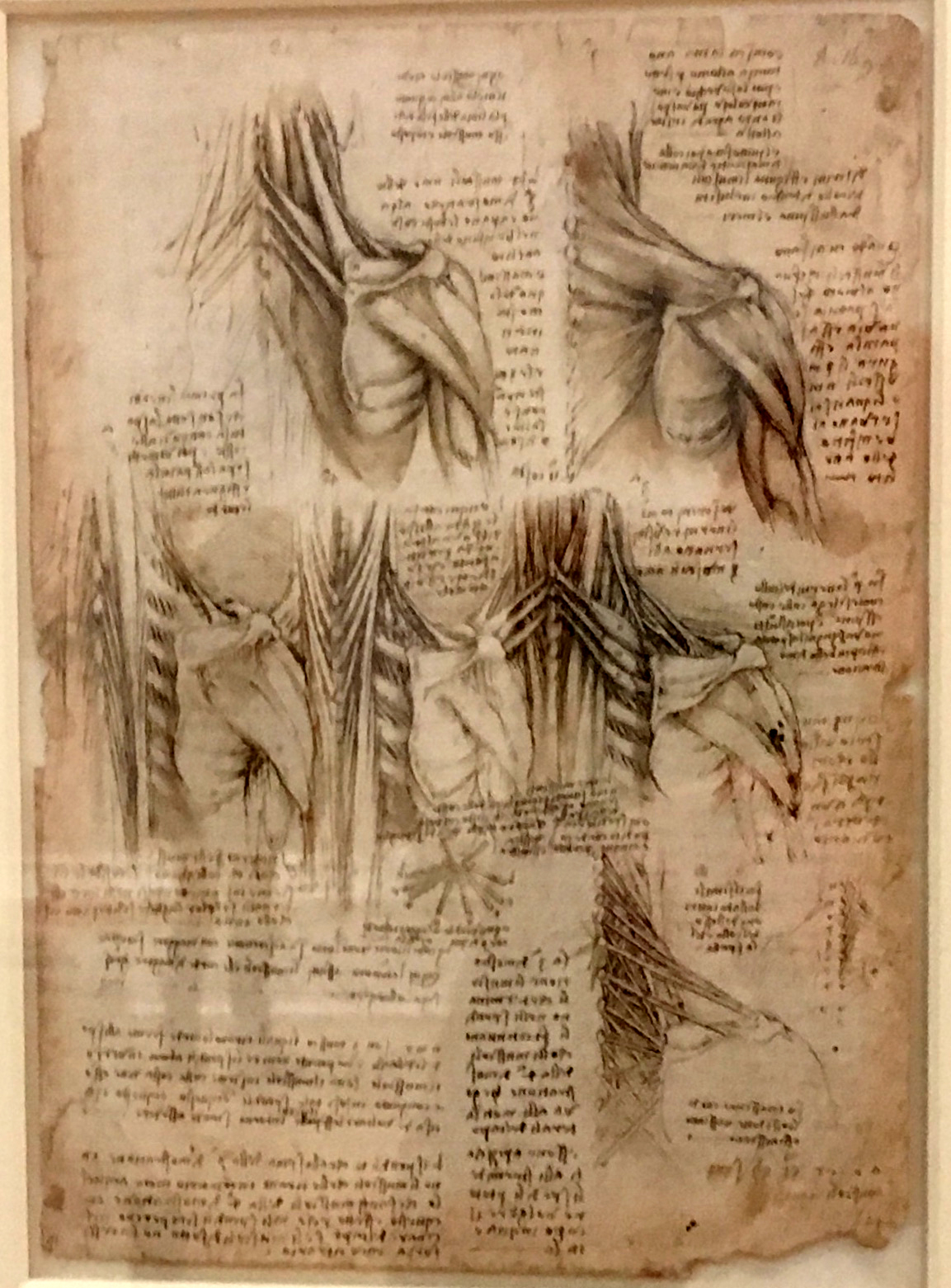 Review: What’s Holding Me Back? By Emma Brown

Review: Relics: The Independent thread coming to a venue near you

Andy has now been trained to be a Volunteer for the...