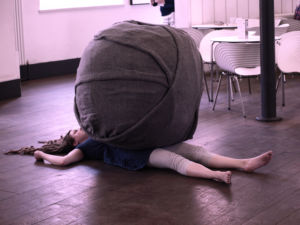 A day-long splash of live art and performance in Liverpool.

Mayhem returns to Merseyside for the third frenetic outing of ‘Poolside Emergency – a mini-marathon of the weird and the wonderful, the bizarre and the breathtaking taking over at the Bluecoat on Saturday 13 April.

Co-presented by the Bluecoat and Manchester’s roaming performance collection, Word of Warning, previous incarnations have seen a hunting party leading a charge through the building; visceral experiments with butter and treacle; slow-dances in the lifts; singing in the toilets; mermaids in the cupboards and bucket-dancing in the stairwells

Amongst the twenty-five or so works on show in 2013 the roster includes: a lone woman in a feat of scaffolding endurance; a secret economy conducted in a shed;  a man transforming his office desk into a garden; a living, breathing bed of earth and the ulitmate ‘on land’ pool party

The public is invited to drop-in for ten minutes or stay for the full five hours in this  free day-out for the curious, filling the Bluecoat’s many spaces from gallery to performance space, courtyard to garden shed.

Walker Artwork of the Month – January 2006