Northgate Studio in Chester will be holding its first international contemporary open art exhibition this autumn.

The studio sent a call out to artists to submit their own renditions of the Old and Contemporary Masters for a show entitled “Taking on the Masters”. The title is ambiguous as it can be interpreted in two ways; artists could play the masters at their own game with forgeries or alternatively have their own take on western civilisations revered works of art such as Leonardo da Vinci’s “Mona Lisa” (1517) and “The Last Supper” (1498).

The exhibition explores the question of what art is through reinterpreting the works that have in some cases for centuries formed our opinion on this.

These “Old Masters” of the Renaissance who studied under masters themselves as apprentices have influenced our ideals on beauty and of the aesthetic within art. The visual language of today’s art practitioners is highly informed by both the old and contemporary masters as is our own experience of viewing art.

Asking current artists to use their own practice to explore this relationship was experimental, therefore, we could not predict the outcome but we knew it could only be interesting.

We are excited to introduce to the world “Taking on the Masters”, which will run from the 17th October to the 17th November.

Includes work by the following artists: 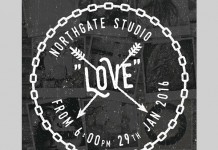