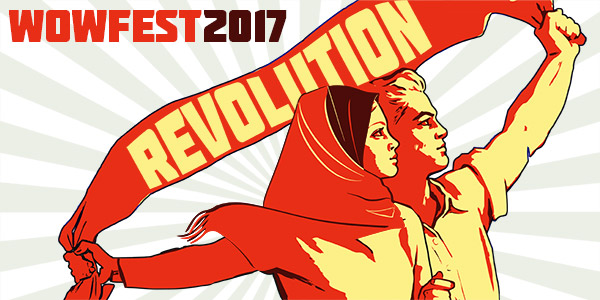 Writing on the Wall presents WoWFest 2017
May 1st – 31st
Revolution

‘There is no time for despair, no place for self-pity, no need for silence,
no room for fear. We speak, we write, we do language.’
Toni Morrison

2017 marks the 100th anniversary of the Russian Revolution, the defining event of the 20th Century when ordinary people in Russia rose up against the Czar and established the first worker’s state. The Russian Revolution inspired workers across Europe and its brutal colonial empires, who demanded a fair share, equality and independence, and redefined world relations for the 20th Century.

WoW are launching our 2017 festival with a May Day Parade, celebrating past struggles with the launch of the autobiography of Liverpool writer and activist George Garrett (1896-1936), and inviting communities across Merseyside to make their voice heard on low-pay, cuts in benefits, homelessness, discrimination and the issues affecting people today.

Change is in the air. The vote for Brexit in the UK and the election of republican populist Donald Trump as US President challenges many of the accepted orthodoxies held in the west since the defeat of fascism and the end of the Second World War. These events precipitate global changes, and deep divisions in society and even within families. ‘Where are we now?’ seems to be the question on everyone’s lips. Are we moving forwards or backwards; is the curve of revolution taking us upwards or back down? WoWFest 2017 will focus on this theme, inviting artists, activists, journalists and commentators and you the audience, to explore the impact of these changes on local and global developments, and delving into issues that will have a long-term impact on the way we live; Robots, Artificial Intelligence, immigration and the preservation of our environment.

The first of our guests to rise up for revolutionary debate are writers China Miéville October: The Story of the Russian Revolution, John Rees The Leveller Revolution — a radical political legacy from the mid-1600s and Kate Evans, Red Rosa: A Graphic Biography of Rosa Luxemburg. They will be discussing all things ‘Revolution’, 6pm, Wednesday 3rd May, at Central Library. Throughout the month there will be comedy, music and verse from Henry Normal, Ian MacMillan and Joanne Harris, revolutionary musical tales from Rough Trade founder Geoff Travis, and many more exiting guests still to be announced. Sharpen your pens, comrades, and step up to the barricades!

March and rally details to be announced soon.

NERVE 11 – Out Now with Free Calendar

Jail in Turkey for collage shown in Liverpool gallery?