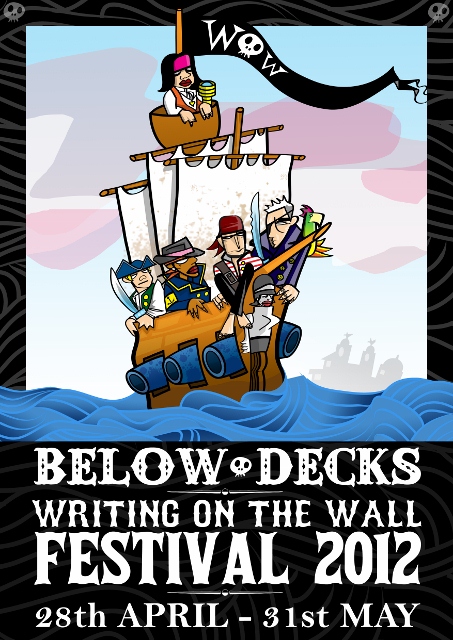 Writing on the Wall Festival: Below Decks! 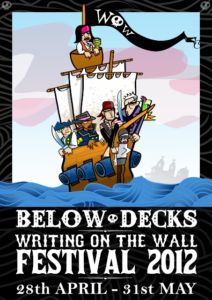 Is multiculturalism the new whipping boy for the economic crisisor has it really failed? Is David Cameron’s ‘MuscularLiberalism’ the answer, or will it lead to a new‘Powellism’? Join the debate with Benjamin Zephaniah -award-winning performance poet, playwright, children’s author andpolitical commentator. BuyTickets Now

Other highlights include USpoet and former soldier, Brian Turner, from Spare Rib toSlutwalks, a panel debate, Danny Dorlingand Peter Hitchensasking Can Change EverCome From Below? and Pauline Black, theundisputed queen of Two Tone, talking about her life and performing some of herfavourite Selecter classics and new releases.  Tom Watson MPwill be joining an expert line up at the Black-E for Hacked Off &the Death of news of the World and Owen Jones featuresin A unique event, Chavs, Scavs andHijabs.

A festival theme this year is Below Decks, incommemoration of the centenaryof the tragic sinking of the Titanic. Authors Frances Wilson, Nic Compton,  AlanScarth, and Steve Turner, put the Titanic on Trial atthe Maritime Museum, accompanied by live music asplayed on the Titanic. WoW favorites Tony Waileyand Ian Morris explore speed, deference and resistance on thewater front in 77RPM – The Titanic The Clock and The Dock.

For full details of our events this year please visit: http://www.writingonthewall.org.uk/festival

Copyright and Piracy in the Digital Age, 3rdMay, 7pm, The Attic

Q&A withscreenwriter William Ivory and screening of Made in Dagenham, the BAFTAnominated portrayal of the battle of Ford’s female machinists for equalpay.

Flash Fiction at the End of the World withMike Carey, 16th May, 7pm, Studio 2

The writers of the top ten flashfiction stories will be invited to read their work at a final event which willalso feature readings and a Q&A with judge, award winning sci-fi and comicwriter, Mike Carey. Mike is the writer of the Felix Castor novels. He has alsocompleted critically acclaimed runs on X-Men, Ultimate Fantastic Four andLucifer.  His comic book series for DC Vertigo, The Unwritten, has featured repeatedly in the NewYork Times’ graphic novel bestseller list.

L8 Unspoken: Poetry as Part of L8 Unseen at Museum of...