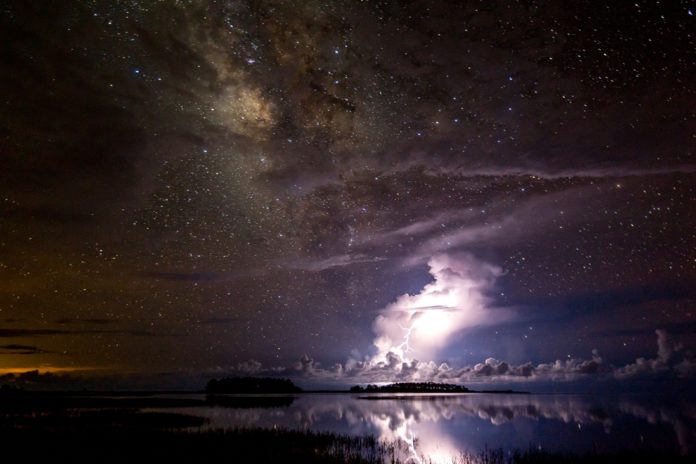 A half century on from the moon landing, visitors to Liverpool’s World Museum this spring are invited to experience an Earth’s-eye-view of the universe in the exhibition, Astronomy Photographer of the Year, opening 3 May to 1 September 2019.

It features 100 awe-inspiring photographs that include the winners and shortlisted images from the 2018 competition.

The competition is organised by the Royal Observatory Greenwich. In 2018, more than 4,200 entries from amateur and professional photographers from 91 countries were received. Images selected for the exhibition feature a mesmerising mosaic of the Great Orion and the Running Man Nebula; a magical scene of an Aurora Borealis exploding over the south coast of Iceland and a solar transit of the International Space Station between the massive sunspots AR 12674 and AR 12673.

Senior Curator, Dr Geraldine Reid says, “The Astronomy Photographer of the Year competition is hugely popular. The exhibition celebrates the very best in astrophotography from around the world. Each year it produces images that broaden our perception of the universe and year on year, shows its diverse and wonderful beauty.”

“During the run of the Astronomy Photographer of the Year exhibition, we celebrate the 50th anniversary of the moon landing on 20 July 1969. Its timing couldn’t be more perfect, and where else, but World Museum to enjoy such dazzling images?”

2018 judges included artist Sarah Pickering, comedian and keen amateur astronomer Jon Culshaw and Editor of BBC Sky at Night Magazine Chris Bramley, alongside a host of experts in the worlds of art and astronomy.

As well as Astronomy Photographer of the Year there will be a free programme of events and activities for visitors to enjoy at World Museum, including the Space gallery where they can get up close to rockets, telescopes, meteorites and moon rocks. In the immersive, full-dome Planetarium, visitors can travel through space and time and discover the universe and its marvels – tickets, adult £3, child £2, National Museums Liverpool Members go free.

Artist to stage all-night vigil and 24 hour pilgrimage around Liverpool,...