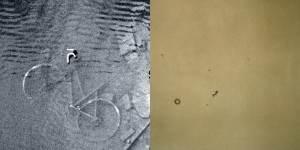 The festival is more than just a weeklong celebration of all things cultural; it aims to leave a lasting legacy of arts programmes to benefit the community not just during the festival but over the whole year. Two examples of this are the ‘Poetry in Care Homes’ programme, and an Arts Trail, which was launched early in 2013; this self-guided ‘arts trail’ links Meols and Hoylake railway stations via a series of permanent art installations

Festival organisers have already chalked up a number of amazing coups as far as festivals go; last year ‘Festival of Firsts’ welcomed OMD’s Andy McCluskey to the premiere of a new work, ‘Enola Gay,’ and also premiered ‘Anne,’ based on the experiences of Anne Frank. There was also a selection of works from the celebrated exhibition ‘100 Mothers,’ including works by  Grayson Perry, Vic Reeves and, Neil Innes, among many others, and a gig by Ian Prowse and Liverpool legends, ‘Amsterdam.’
The festival was established in Hoylake in 2011 to deliver an innovative, community based arts festival to encourage participation and showcase local talent, as well as provide opportunities for the local community to access the best art, music and poetry in the country.
The festival is run entirely by volunteers.
Patrons are John Gorman (ex-Scaffold and Tiswas, who is also festival director), legendary Merseyside DJ Billy Butler, photographer (and ex-Scaffold) Mike McCartney, poet Kate McLoughlin and artists, the Singh Twins.
Sponsors this year include Wirral Partnership Homes, Wirral Neighbourhood Forum, the Arts Council, England, Sainsbury’s Local and Quintessential, Holiday Inn Express, Hoylake.