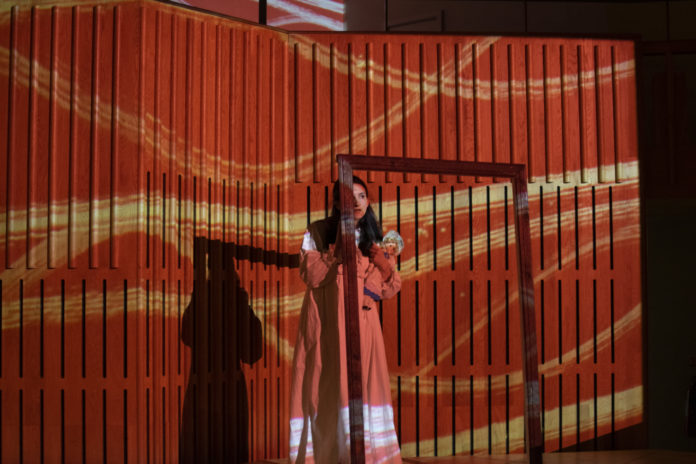 Nishla Smith’s What Happened to Agnes comes to Kazimier Stockroom this month, after what seems like a lifetime since the Kaz hosted this sort of experimental performance. For the last few years their efforts have been focussed at the mammoth project space, Invisible Wind Factory, so there’s a starkly intimate contrast in hosting this cross-disciplinary performance at the Stockroom. A contrast that seems to suit this new work.

Based on her grandmother’s Malaysian childhood, singer songwriter Nishla Smith has collaborated with all sorts of artists, designers and musicians, including Manchester based Tom Harris, to bring together this surreal, haunting new work.

The largely biographical work focusses on the memories of her grandmother, and the stories she recalls, as well as those she does not. Agnes, her grandmother’s sister, takes the title’s focus, because of how striking her story is, or isn’t. During her childhood, she had three siblings die: her brother Hugh who died from Pneumonia at 18 months, Gerard who died as a new born baby of neonatal tetanus, and Agnes, whose death she couldn’t remember.

Agnes’ disappeared when her grandmother was five, and throughout her life has remained an unknown. Through vivid memories of siblings and her childhood there was one thing missing – What Happened to Agnes?

This play looks at that, and other stories from her grandmother’s early years. And, if you, like her grandmother who now lives in Australia, can’t make it to the live performances thanks to Arts Council support it will be available digitally for all to experience this unique, personal and affecting show.

Leap Dance Festival to be a Year Long Event for 2010

Metal to celebrate the Centenary of the Women’s Vote

AL and AL go from Edge Hill to the Edge of...