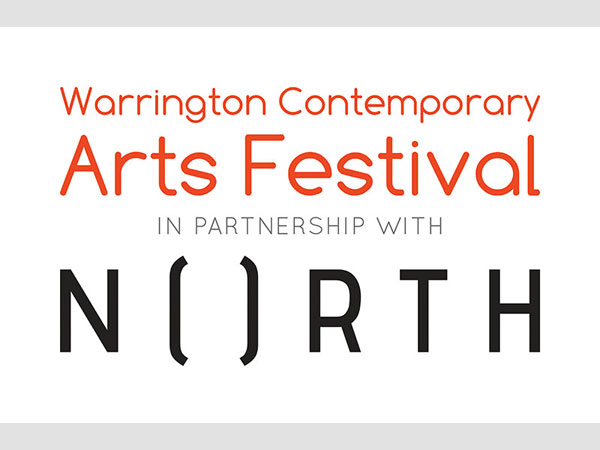 Warrington Contemporary Arts Festival returns for 2015, and Culture Warrington is delighted to announce this year’s festival is in partnership with NORTH.

The festival features a full programme of cultural events, exhibitions and performances – including the Art and Photography Opens – when it returns to the town for its fifth year from Friday 2 October – Saturday 31 October 2015.

A number of venues and public spaces across the town are supporting the event and will become festival hubs, including Pyramid & Parr Hall, The Gallery at Bank Quay House and Warrington Museum and Art Gallery.

This year, Culture Warrington is working in partnership with NORTH to deliver an exciting new dimension to the festival.

NORTH is a new initiative aiming to build strength for contemporary art in the North of England. Together they will highlight thebreadth of talent within the region, as well as attracting national and international artists with support from Arts Council England.

Curated by Paul Carey–Kent for NORTH, The Dream Of Modern Living? is one of the focus exhibitions which brings together local and international artists’ responses to IKEA.

In 1987, Britain’s first IKEA opened in Warrington. Since then, the store has found a place in the thoughts and memories of local people. Warrington IKEA is said to have the highest visitor numbers of any store in the country and allegedly the lowest spend per head, suggesting that people go not just to buy furniture but to see and to experience designs, ideas, even food from elsewhere.

The exhibition examines artists’ reactions to IKEA as a business, lifestyle and aesthetic. Their responses range from using IKEA products as art materials to reinterpreting the furniture, from attempting to live in-store to subverting the catalogue of which more than 200 million copies are printed each year. The artists include Guy Ben Ner, Ryan Gander, Clay Ketter, Marie Karlberg, Joe Scanlan, Sara McKillop, Frédéric Pradeau, Mary Griffiths and Stuart Hartley.

The Dream Of Modern Living? will run throughout the festival. NORTH will also curate additional visual arts exhibits as part of the wider festival.

Where Will be next British City of Culture?

Writing on the Wall Festival: Below Decks!