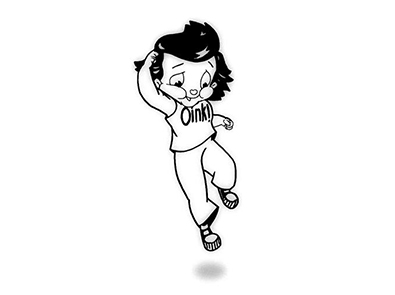 Warrington Contemporary Arts Festival will launch on Friday 30 September with the announcement of the open competition winners and a ‘cultural crawl’ tour of the venues.

This exciting event will give the public the chance to catch a first glimpse of entries to the contemporary opens in art and photography, displayed at Warrington Museum & Art Gallery and The Gallery at Bank Quay House respectively, as well as the inaugural Warrington Collegiate Young Person’s Prize.

Artists aged 18 and under were invited to take part in this new category for the first time, thanks to kind sponsorship by the college, and the winners will be awarded a £150 prize at the launch.

Derek Dick, outreach and engagement manager for Culture Warrington, said: “We’re really pleased to be including young artists in such a direct way in this year’s Warrington Contemporary Arts Festival, and that’s thanks to Warrington Collegiate.

“We’re really passionate about making the festival as inclusive as possible and hopefully adding this new young person’s prize will encourage other budding artists and photographers to come along to the 2016 events and share their own work in future years.”

Warrington Collegiate is also sponsoring the work of internationally-recognised artist Matt Stokes who is exhibiting two moving-image works at the festival – Dance Swine Dance and Long AfterTonight – which explore music subcultures and the way these provide a sense of collectivity, shaping and influencing people’s lives and identities.

Dance Swine Dance is a looped animation, projected at 16 Sankey Street from the festival launch until 28 October, which brings to life popular dance styles from the past 100 years.

And Long After Tonight, to be screened at Pyramid over the same period, features footage from a specially-organised Northern Soul event held in the nave of a Dundee church.  The images of the dancers, surrounded by beautiful and ornate religious artefacts, create a connection between the location and the activity as expressions of faith, commitment and shared purpose.

Other highlights include a film screening of The Violators, the directorial debut of Warrington-born author Helen Walsh, best known for novels including The Lemon Grove, Once Upon a Time in England, and Brass.

This powerful and engaging drama, which follows a teenage girl who is rehoused on a sink estate after testifying against her abusive dad, has already garnered critical acclaim.

21,000 Miles of Rail is a theatre performance by Hannah Butterfield who attempts to unpack the rules of talking on trains and test the possibilities of chance encounters with strangers, and Third Angel’s 600 People, somewhere between stand-up comedy and an astrophysics lecture, asks if there are extra-terrestrials in our galaxy and explores what it means to be human.

Artist, researcher and composer Clair Le Couteur will ‘remix’ Warrington Museum & Art Gallery through photography and sculpture, and the members of art collective Womanstanley are taking part in two exhibitions including The Making of Muriel which explores the notion of home, reconsidering what the word really means in Britain under a housing crisis.

Maureen Banner, chair of the Culture Warrington board, said: “I’m delighted about the exhibitions and events taking place at the sixth annual Warrington Contemporary Arts Festival.

“The launch night promises to be a great occasion to mark the opening of the month-long festival which celebrates the best of contemporary art, and I’m very excited to find out who’s won this year’s open competitions.”

The event on Friday 30 September begins at 6pm in The Gallery at Bank Quay House followed by a trail around the exhibitions and venues which are part of this year’s festival.

The open competition winners will be announced at 8pm in Warrington Museum & Art Gallery where speeches will also take place. Light refreshments will be available.

Arts Council England responds to a £19 million reduction in funding