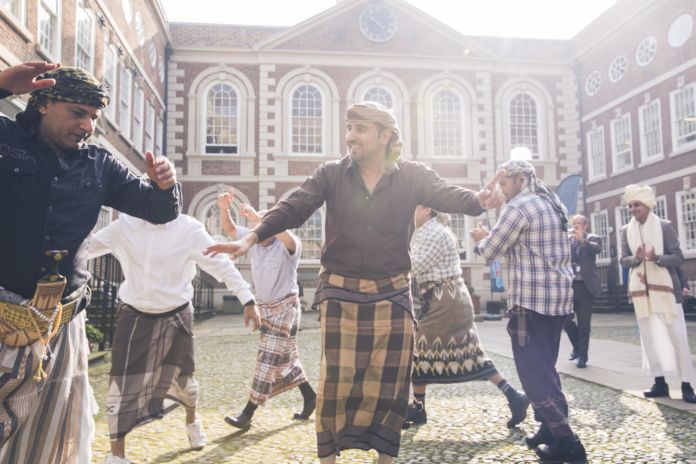 Double celebrations for Liverpool Arab Arts Festival as they close another hugely successful festival and are nominated for the Community Organisation Award – Race, Religion and Faith at The 2015 National Diversity Awards.

After a spectacular 9 days of events, the Liverpool Arab Arts Festival is over for another year, and the team can reflect on what they believe is the most successful festival to date, including record breaking audience numbers, over 20 events, 40 performances and a diverse programme spanning music, dance, film, theatre, literature, workshops, discussions and family events.

Topping–off the post-festival celebrations, is the organisation’s nomination for the Community Organisation Award – Race, Religion and Faith at The 2015 National Diversity Awards, the largest diversity awards of its kind. The awards celebrate some of the excellent and inspiring achievements of positive role models and community organisations from across the UK, and aim to recognise nominees in their respective fields of diversity including age, disability, gender, race, faith, religion and sexual orientation.

Liverpool Arab Arts Festival are now looking for supporting nominations to reach the shortlist for the awards. Taher Qassim, Chair of Liverpool Arab Arts Festival said ‘We are hoping that our audiences, artists, partners and the people of this good city and beyond, will help us through to the next stage of the awards. It would be fantastic if our contribution to the knowledge and understanding of the life, society and culture of Arab people was acknowledged in this way.’

Liverpool Arab Arts Festival was founded in 1998 by Liverpool Arabic Centre and the Bluecoat to provide Arab arts and culture in Liverpool. Over the years this partnership has grown to include most of the major arts institutions in the city including the Unity Theatre, Picturehouse at FACT, National Museums Liverpool and Liverpool Philharmonic Hall as well as artists and community organisations. The first festival took place in 2002 and it has run annually since that date as a celebratory event raising awareness and promoting an understanding and appreciation of Arabic culture for both Arab and non-Arab audiences in Liverpool and beyond. The festival has grown rapidly over the years in size, confidence, expectation and ambition and remains the only annual festival of its kind in the UK.

The ceremony will be held in Liverpool Anglican Cathedral on September 18th. Britain’s most inspirational and selfless people will come together to honour the rich tapestry of our nation, recognising individuals and groups from grass roots communities who have contributed to creating a more diverse and inclusive society.

Nominations are now open and close 21 June 2015 – so don’t miss out on your chance to get involved!

Shortlisted nominees will be announced shortly after this date.