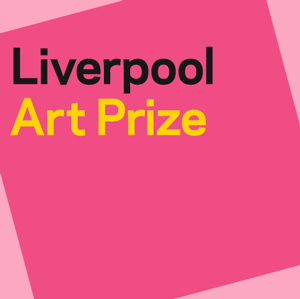 International and UK based Residencies Up For Grabs

Metal, organisers of The Liverpool Art Prize 2012 has announced two fantastic new prizes that will be up for grabs as part of this year’s prize. A year-long studio residency at Metal and a month long international residency in Shanghai, China.

Now in its fifth year, The Liverpool Art Prize is a competition of contemporary art open to all professional artists based or born in the Liverpool City Region or in the surrounding boroughs of Liverpool, Wirral, St Helens, Knowsley, Halton and Sefton. The Liverpool Art Prize 2012 exhibition will take place at Metal, Edge Hill Station, from Fri 27 April – Sat 9 June featuring the work of nominated artists Alan Dunn, Robyn Woolston, Tomo (James Thompson) and The Drawing Paper (Jon Barraclough & Mike Carney).

The two new Residency prizes exist alongside the main Art Prize with a separate nominations and judging process, which is now open. For the first time, artists based outside of the Merseyside area are eligible to apply. Full details of who can apply and downloadable application forms can be found at http://www.metalculture.com/liverpool/liverpool-art-prize-2012.html.

To the winner of the Metal Studio Residency Award, Metal is offering a year-long studio residency at Edge Hill Station in Liverpool. This recently renovated, Grade II listed, historic building is Metal’s Liverpool base and includes space for exhibition, events, meetings, cooking and administration.

The winner will receive rent-free studio space, including utilities and services, mentoring opportunities with Metal staff and associated artists, a £500 materials budget, the loan of A/V equipment, exposure on Metal’s website, e-newsletter, and through the Liverpool Art Prize, a year’s worth of marketing and support for project funding and the development of ideas.

Through a partnership with Shanghai Art School and LJMU’s School of Art and Design, Metal is also offering a month long international residency opportunity for visual artists living and working in the North West region to travel to Shanghai, China. Shanghai Art School will host the visit and provide accommodation and access to a studio for one month. The award is envisioned as a professional and ideas development opportunity for artists and is part of the city twinning activity between Liverpool and Shanghai.

The Award includes: Economy travel to Shanghai, accommodation and access to studio facilities for one month, up to 20 working days Per Diem and a £500 travel budget whilst in China, in addition to exposure on Metal’s website, e-newsletter, and through Liverpool Art Prize marketing.

Jenny Porter, Project Manager at Metal and Liverpool Art Prize Curator said:”We’re delighted to be offering the two, new, exciting residency Art Prizes as part of the fifth Liverpool Art Prize. It’s a significant part of an exciting expansion plan for The Art Prize, which will be announced shortly. I’m really looking forward to seeing the applications and to seeing the work of those from outside the Merseyside Region being included for the first time. In the five years that it’s been running, the Art Prize has gone from strength to strength. That we’re able to put such exciting plans in place for this year is a great testimony to how The Liverpool Art Prize is being viewed by the arts community.”

Professor Juan Cruz, Director of the Liverpool School of Art and Design said: “the Liverpool Art Prize is all about developing new possibilities for the artists in the city region and I encourage anyone who has ambition to broaden their horizons to apply for this year’s prize. The Liverpool School of Art and Design has a long history of supporting the city’s cultural development and we are pleased to be in partnership with Metal on such an important initiative.”