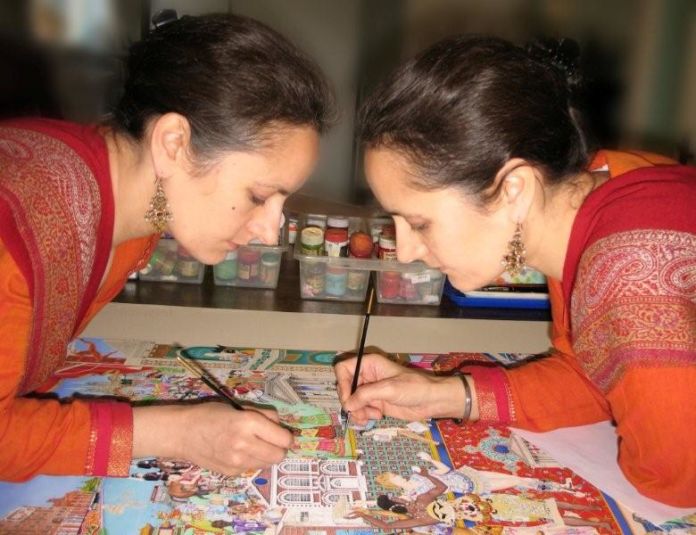 The Singh Twins come to the Museum of Liverpool 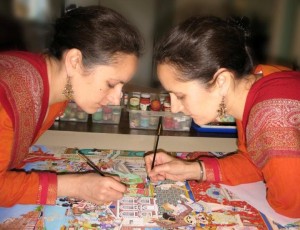 Liverpool artists The Singh Twins MBE, will be coming to the Museum of Liverpool later this month, to talk about their creative connection with their home city.

On Saturday 30 June at 2:30pm, The Singh Twins will be joined in conversation by National Museums Liverpool’s Curator of British Art, Laura MacCulloch, who will speak to them about Liverpool as a source of inspiration for their works.

As contemporary British artists, The Singh Twins have gained international standing with paintings in private and public collections worldwide. In 2007, they were commissioned to produce two paintings to celebrate Liverpool’s 800thbirthday and its year as European Capital of Culture 2008, one of which is on display in the Museum of Liverpool’s Wondrous Place gallery.

Art Matters: The Pool of Life, represents Liverpool as a world stage and showcases Liverpool’s creative talent to the world outside. It is currently displayed within the Wondrous Place gallery at the Museum of Liverpool, which celebrates the city’s creative and sporting personalities, many of whom feature in the painting.

Laura MacCulloch said: “The Singh Twins’ work is really unique in combining the Indian miniature painting tradition with Western influences and contemporary culture. Having exhibited all over the world, they are fantastic ambassadors for our city, and this event will allow the public to gain an insight into how Liverpool has inspired them in their careers and artwork as a whole.”

The event will include a screening of The Making of Liverpool, which tells the story of Liverpool’s fascinating history and diverse cultural identity through archive video footage, poetry, photography, animated artwork and music. It will also feature a talk with The Singh Twins and Laura MacCulloch, an opportunity for audience questions, and a book and DVD signing.