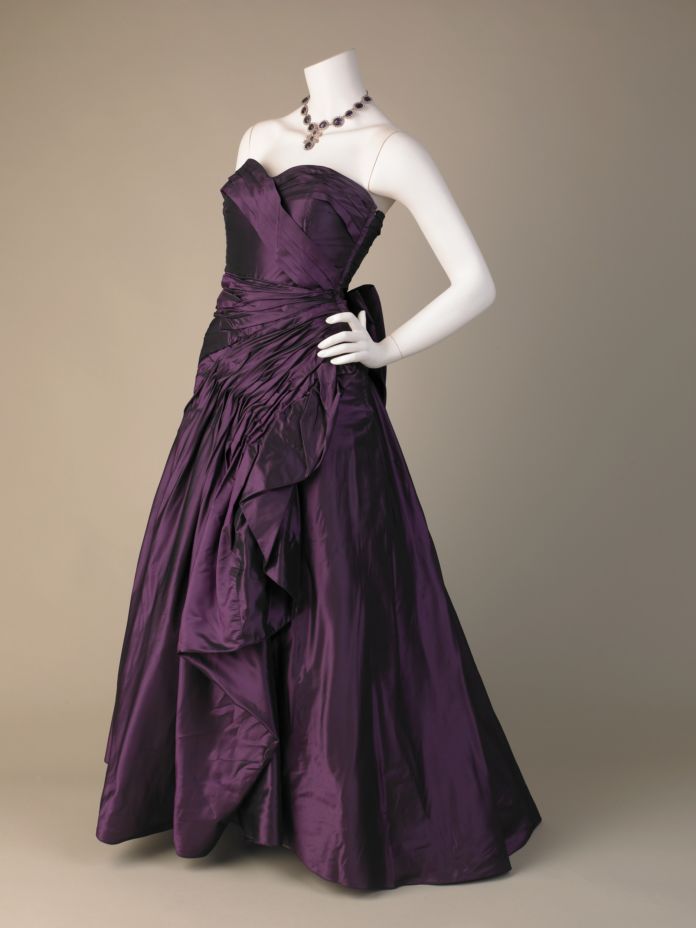 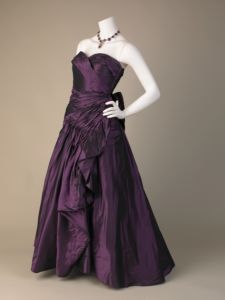 ‘We are here not because we are law-breakers; we are here in our efforts to become law-makers’ Emmeline Pankhurst, political activist (1908).

A collection of costumes reflecting monumental changes in the role of women during the twentieth century go on display at Sudley House from 16 February 2013 until Easter 2014.

Twentieth Century Chic features 12 evening outfits, which represent key periods in women’s history. The changing styles, materials and colours of the garments echo the wider social changes going on around them

Alyson Pollard, Curator of Decorative Arts said: “The twentieth century saw more shifts in women’s lives than any previous period. The two world wars speeded up the pace of change; enabling women to become more active out of the home, joining the workplace and generally broadening their horizons.”

“Alongside these massive social shifts, new materials and improvements in manufacturing methods made clothes less expensive, allowing more women than ever before to buy good quality garments.”

“This growing freedom of choice meant that by the year 2000 a woman could wear clothing suited to her more active lifestyle which was also fashionable and expressed her personality. We take this for granted today but it would have been much less common only ten decades ago.”

This time travel through fashion begins with a Belle Epoque evening dress from around 1907. The elaborate dress made from cotton velvet, silk, lace and decorated with jet beads and sequins may be a gorgeous creation, but it also keenly demonstrates the severe restrictions on women of the time. With a tight-laced corset which pushed the bosom forward and the bottom back, forming a well-defined ‘S’ shape, it represented a life of confinement and limitations.

A later outfit made shortly after the First World War is a wonderful example of how rapid the pace of change was. The old rules of society were beginning to be swept away. Women took the opportunity to compete in the workplace, in the arts and in sport. A silk lamé evening dress from around 1925 with what must have seemed a shockingly short skirt, follows the new trend for simpler lines. The cut flattens out the chest and hips of the wearer and gives a boyish appearance. The fringed skirt makes this an ideal dress to wear when dancing the ‘Charleston’ and the ‘Black bottom’.

Two decades later a sumptuous purple evening gown, evoking Hollywood glamour of the 1950s, is a flashy signal that war time restrictions were over. Made around 1955 the rayon taffeta gown would have been influenced by Christian Dior’s ‘New Look’ collection of 1947. The fabric is folded and sewn around the body to produce a decorative and sculptural effect.

With developments in science, technology, communications and travel, fashion designers embraced new inspirations. A playful outfit from around 1966, signals this period of creativity and experimentation. The short black and white printed dress is a lively design by John Bates, perhaps best known for the outfits he designed for Diana Rigg to wear in the TV series The Avengers. Also included in the display is a navy, rayon jersey dress by Jean Muir from between 1973-77, owned by actress and MP, Glenda Jackson.

In the 1980s ‘power dressing’ became a serious fashion statement. The Feminist movement had ensured that women now had a role in the work place. However, the trend of the time was for women to dress like men in order to be taken seriously and advance their careers. It demonstrated that women still felt that they were not accepted on equal terms. A satin acetate cocktail dress from 1984, made by Ginger, Paris, features the typical shoulder pads and nipped in waist of that decade.

The journey ends in the 1990s with an outfit which reflects a burgeoning celebrity culture and the power of marketing. The 1998 nylon, spandex skirt by a leading fashion label, Moschino, probably worn to go ‘clubbing’, reveals how fashion responded to the modern age. During this decade celebrity endorsement and branding became crucial to the fashion world and the ability to produce cheaper ranges made the designer ‘name’ available to more women than ever before.

There are around 20,000 pieces of costume and textiles in the collections of National Museums Liverpool. They date from the last 300 years and stretch right up to the present day.

Your GIANT guide to the biggest event of the year!

‘B of the Bang’ sculpture to be taken down