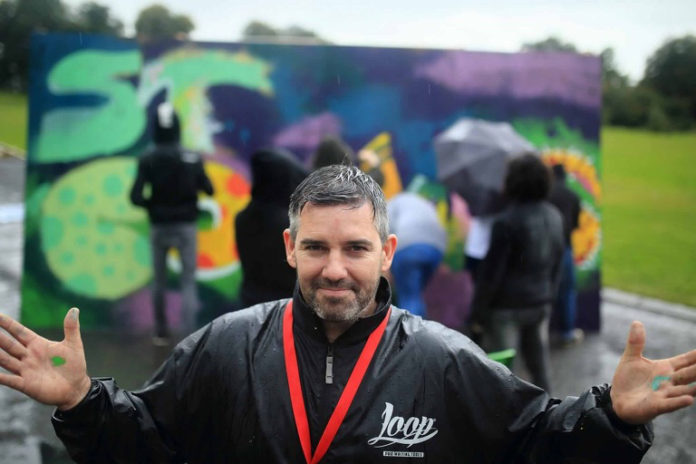 Today Absolut unveils an inspiring project that celebrates global unity. Seven artists in seven countries around the world came together for a common cause of positive action.  Over the course of a single night, local artists worked in their respective neighbourhoods on a series of murals to inspire one another and people in their local communities to live in a more open and inclusive world.

In a short film directed by renowned visionary, Aaron Rose – each artist created a mural with their vision of a better tomorrow in Brazil, Canada, China, Germany, India, the UK and the USA. Working from sunset to sunrise, each artist created their ideals for change. Visualizing themes around sustainability, gender equality, global unity and freedom of expression, artists came together across different time zones to help shine a light on a local community in each country.

In the following months, each artist supported by Absolut will lead workshops and activities in the community to give back, inspire and encourage people to come together and drive change through creative expression. Each piece of art can be bought online via www.Absolut.com with all profits going to support these local initiatives.

Liverpool based street artist BetaRok75 creates bold and vibrant works on the walls of the city. Many of his murals are designed–sometimes with help from locals in the community –to brighten up inner city areas such as Toxteth. For many who feel that their socioeconomic status deprives them of a voice, his work and graffiti art venue Zap Graffiti provides a channel through which they can express themselves. In his collaboration with this project, BetaRok75 has set out to bring a wave of positivity to Toxteth’s residents in his artwork, as a reminder to look onwards and upwards towards a brighter tomorrow. As a follow up to his artwork he will organise a city wide arts festival, connecting the public to both Toxteth and other areas of Liverpool in the making and viewing of innovative, forward thinking street art. Members of the public will collaborate with artists to learn from their experience and techniques in the production of a communal mural, providing a unifying creative opportunity and skill development for them.

“To bring everyone together around the world over the course of one night to create a vision for a better tomorrow is both humbling and inspiring. We hope ‘A Night for Change’ can become a global movement to inspire people to take action overcoming borders and boundaries. Only when we unite, can we live in an open world for everybody – a world with more understanding, love, freedom and equality” said director, Aaron Rose.

Since the late 1980s Absolut has collaborated with more than 550 artists, including Andy Warhol, Damien Hirst, Keith Haring and most recently Mickelene Thomas, Olivia Steel and ToiletPaper Magazine. Other notable artists include three time Academy Award filmmaker, Emmanuel Lubezki who recently created the “One Night”film to launch the new platform“Create a Better Tomorrow Tonight”, which can be viewed here: https://youtu.be/rSrOt6DZQqA.

In line with its legacy in artistic collaborations, Absolut will now inspire action through creativity as a force for positive change.

See exclusive behind-the-scenes footage and short film vignettes for every city at: https://youtu.be/m9Yz5gbhRUk.