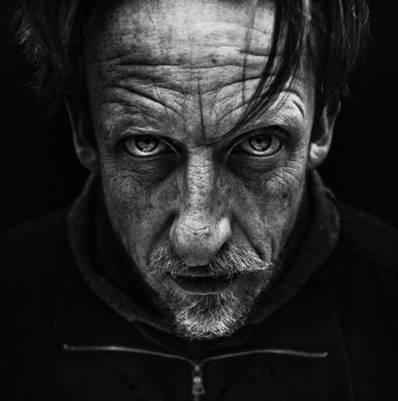 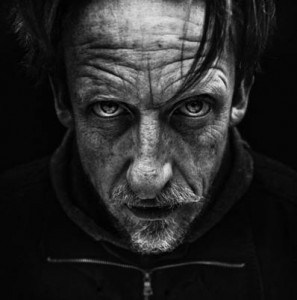 Cut To The Chase productions are pleased to announce that Tony Teardrop, the stage premiere of the gritty and thought provoking play written by Esther Wilson at the ‘site specific’ setting of Liverpool’s St Luke’s ‘Bombed Out’ Church, is back up and running as normal after adverse weather conditions forced the cancellation of performances on Friday 22 and Saturday 23 March. Tony Teardrop runs until 6 April and with weather conditions set to improve the organisers are confident that all other performances across the following fortnight will take place as planned.

Tony Teardrop was originally written as part of a regional voices scheme with the National Theatre in 2004 but has never been produced as a stage production until now.

Set in and around a residential support centre for the homeless and inspired by real stories, Tony Teardrop is a biting, humorous play about people living on the edges of society. We follow Tony on a journey through his interior landscape looking for the true meaning of ‘home’. We see the world through his relationship with fellow ‘space cadets’ and his struggles with the manager of the centre…until things come to a head when he takes the staff and residents hostage.

Multi award-winning writer Esther Wilson’s credits include Unprotected (winner of an Amnesty International Award), Ten Tiny Toes, Call The Midwife, The Street, The Accused and The Pursuits of Darleen Fyles.

Cut to the Chase productions Artistic Director Jen Heyes is director and producer of the show. Jen’s most recent projects Epstein: The Man Who Made the Beatles at the city’s Epstein Theatre and the large scale multi media production TREASURED at the Anglican Cathedral were both met with widespread critical acclaim.

Manchester actor Neil Bell plays the title role of Tony. With 15 years experience in TV, film and theatre Neil has just finished shooting new BBC and Tiger Aspect production Peaky Blinders. He has appeared in many UK films such as 24hr Party People, The Crew and Powder, with probably his most notable role being Soz in Shane Meadows’ Dead Mans Shoes. Theatre roles have included John Cooper Clarke in 36 Hours – a play about John Cooper Clarke, Paul Taylor in Crying in the Chapel – the story of the Strangeways riots, and most recently Peter in Cathy Crabb’s The Bubble.

Joining Neil for this unique production are Hollie-Jay Bowes who until recently played the role of feisty Michaela McQueen in Hollyoaks and up and coming Liverpool star of stage and screen Bob Schofield (son of actor Drew Schofield).

Having already performed Esther Wilson’s work in the past (the radio play ‘Unprotected’ and ‘Ten Tiny Toes’ on stage) local actress Lisa Parry is also excited to be part of the cast for Tony Teardrop, along with other well known Liverpool actors Brian Dodd (a regular performer with Cut To The Chase Productions including Treasured and Wall Talks) and Laura Campbell who has appeared on stage in many Liverpool productions and also in TV’s Bad Girls and Queer as Folk.

Cut To The Chase productions keep collaboration at the heart of all their work and never more so than with Tony Teardrop. Collaborators on the project include 2011 National Photographer of the Year Lee Jeffries and acclaimed Liverpool 5-piece rock n’roll band The Cubical.

Lee Jeffries’ iconic images of homeless people will be used within the production, and in the run up to the show Lee visited Liverpool to capture some new images as well as photograph the production.

Local band The Cubical provide the music for the production along with compositions by Dan Wilson. The Cubical have spent the last few years building up an amazing reputation as one of Europe’s best live bands and have an ever growing cult following. Their latest album ‘Arise Conglomerate’ just earned 4 stars in MOJO magazine.

As well as the production at the Bombed Out Church there are several other strands to the project including a photography exhibition, writing masterclasses and extensive outreach programme.

Outreach director Carl Cockram has created a programme of creative workshops based around Esther’s play, using it as a springboard for participants to create their own work. Along with actors, clients and graduates, from ‘Bridge to Recovery’ service Genie In The Gutter Carl will take the creative programme to homeless people in challenging areas of Liverpool. Genie In The Gutter are also involved in the main production.

Esther Wilson is also delivering a series of writing masterclass sessions with Spider Project on ‘Writing for Radio’ which will lead to the creation of a new body of original radio drama work created by Spider Project creative writing participants to be showcased in 2013.

FIRST LOOK AT PLANS TO SHOW EGYPTOLOGY COLLECTION HIDDEN FOR OVER...