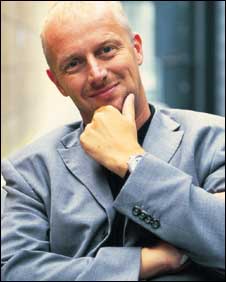 The Board of Trustees of Tate are delighted to announce that the Prime Minister has appointed Tom Bloxham as a Tate Trustee. The term of appointment will be for four years with immediate effect.
Since 1993, Tom Bloxham has been Chairman of Urban Splash, an award-winning regeneration company based in Manchester. He is the Chairman of Centre for Cities and of Manchester International Festival, a Trustee of the Manchester United FC Foundation, and was recently inaugurated as Chancellor of the University of Manchester.
From 2004 to 2008, he was a Board Member of the Liverpool Culture Company, delivering European Capital of Culture 2008, and from 2002 to 2008 a member of Arts Council England.  He previously chaired the North West Arts Board and was a member of the Tate Liverpool Council.  He also served on the Urban Sounding Board and the Property Advisory Group of the Office of the Deputy Prime Minister between 2000 and 2004.