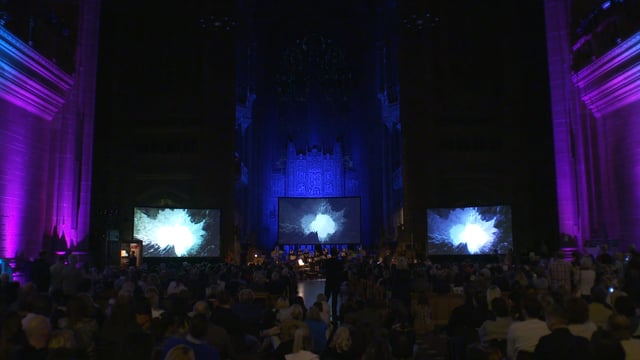 LightNight Liverpool, the city’s late night arts festival, is back on Friday 19 May 2017. This year, the city-centre wide culture crawl will feature 9 new commissions and 100+ free events as venues and unusual art spaces open their doors to showcase and celebrate arts and culture in Liverpool. The theme is ‘Time’, the past, present and future of Liverpool, it’s people and the world we live in, as well as the influence of time on scientific discovery.

Produced by Open Culture – who are also behind Tickle the Ivories, Winter and Summer Arts Markets and the Snowflake Trail – LightNight Liverpool is in its eighth annual year. Visitors of all ages can join in with large-scale light projections and live music, hands on workshops, dancing, art and crafts, spoken word, street performance, theatre, late night opening exhibitions and walking tours as the city comes alive for a spring evening.

Venues for this year’s LightNight include the Metropolitan Cathedral, celebrating its Jubilee Year in 2017, Liverpool Cathedral, Bluecoat, St George’s Hall, Albert Dock, Gostin’s Building, LJMU sites, the Baltic Triangle and more. Liverpool’s museums and galleries open their doors late into the night as the city provides the stage for its incredible arts and culture.

Charlotte Corrie is from Open Culture, “LightNight is such a special night in Liverpool. Art really is better when everybody comes together and we think LightNight is proof of that. We’re busy behind the scenes going through all the applications we’ve had for this year’s programme, and finalising the new commissions. For us and our partners it’s a chance to welcome everyone into the big Liverpool art and culture family”.

The full programme will be unveiled in April.