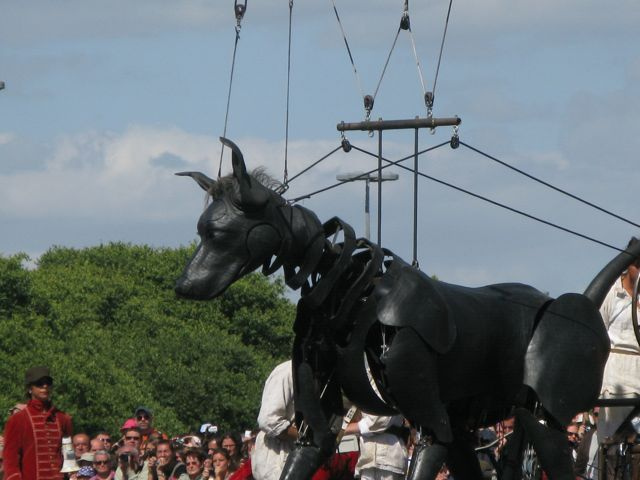 THREE’S the magic number as the latest Sea Odyssey surprise is revealed. 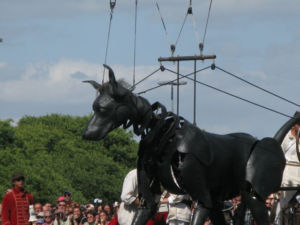 First there was the 30 foot Giant Little Girl, then came the 50 foot Uncle and now the team behind this month’s giant spectacular are delighted to announce that a THIRD giant will be hitting the streets of Liverpool from 20-22 April.

Xolo (pronounced Cho-lo) is the Little Girl Giant’s four-legged friend, who will be following her as she searches for her Uncle around Liverpool.

It will be the first time the 9ft dog has ever been seen in the UK. A playful addition to the show, Xolo will have fun interacting with the crowd and will be a huge hit with the expected 250,000 strong audience.

Xolo is a Mexican, hairless dog and is believed to have been considered a sacred animal by the Aztecs. The latest Sea Odyssey addition is 3.5metres long, weighs 200 pounds and can reach speeds of up to 6kph.

Liverpool City Council’s Cabinet Member for Culture and Tourism, Councillor Wendy Simon, said: “When we originally announced that the Little Girl Giant was coming to the city there was a huge amount of excitement, and now we have three giants exploring Liverpool this has turned out to be the must-see event of the year!

“Xolo will add a fantastic dynamic to the show – he’s fast, playful and fantastic to watch – it won’t just be dog-lovers he’ll appeal to but people old and young.

“This is the first time street theatre experts Royal de Luxe have ever brought three giants to the UK, so it’s a real coup they want to showcase some of their most popular characters in our city.

“It really will be an unmissable event, and one that people will remember for years to come.”

Sea Odyssey will see the three giants exploring the city, covering a massive 23 miles between them.

It is only the third time Xolo has taken part of a Royal de Luxe show. He made his first ever outing in Mexico in front of an audience of 3.5million people in 2010, and then performed in front of 600,000 in Nantes in 2011.

Sea Odyssey is one of the most complex events ever staged by the city council, and the team has planned the route so that as many people as possible can experience the event.

The full route and latest information can be found at www.giantspectacular.com or why not ‘Like’ the Giant Spectacular page on Facebook or follow Giant Spectacle on Twitter. You can also find out more by calling 0151 233 2008.

Liverpool Pride of Place in new artwork for The Museum of...

Bombed Out Church to be Heritage Attraction