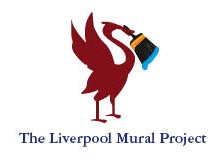 There are of course many, many projects that have been suggested by people for 2008 which will not happen due to lack of funds or other resources. Its impossible to undertake every idea that gets put forward.

One of the better ones which seems likely not to happen is the Liverpool Mural Project.
I heard about this quite a long time ago and thought it was a good idea and they have a lot of support but not enough from the decision makers.

The Liverpool Mural Project is a unique project which is aiming to bring the skills and experience of mural artists from all communities of Belfast, working together and with community groups in Liverpool. Our objective is to create distinctive non-political murals for Liverpool’s 2008 European Capital of Culture year, celebrating Liverpool’s proud history and culture.

MUSIC – Simon Reynolds on the Hardcore Continuum at FACT

The Dream sculpture to be illuminated