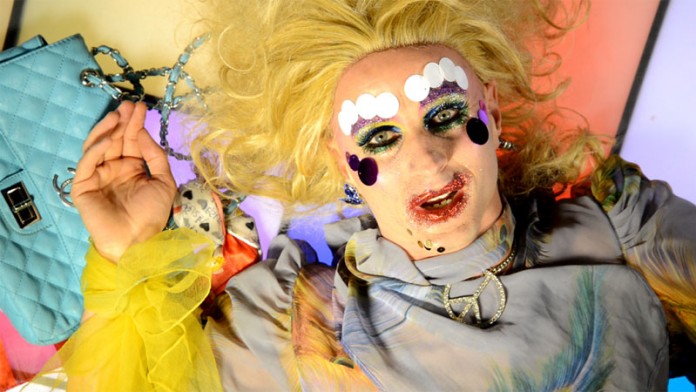 Liverpool Pride is proud to announce the Incredible Moving Picturehouse is driving into the city on Saturday 1 August 2015 as part of the official Pride programme. The transforming cinema lorry will manoeuvre into Liverpool for its premiere visit, parking for the day on St Georges Plateau (St Georges Hall) where the March muster takes place, for a special programme of movies supported by Unison North West LGBT Group.

Roll up, roll up! Picturehouse puts the show on the road – literally. The UK’s only HGV-based mobile cinema screen – equipped with DCI digital projection, temperature control and 100 comfortable seats. The impressive 36 and a half tonnes of truck extends out to 55ft long, 22ft wide and 15ft tall and sits on 18 wheels.

The Incredible Moving Picturehouse can be seen transforming from an unassuming lorry to a spectacular one-of-a-kind mobile cinema on the link below.
https://www.facebook.com/TravellingPH/videos/vb.530363267067150/566631533440323/?type=2&theater
The truck will screen four LGBT feature films – Hairspray, Pride, Soft Lad and Dressed as a Girl, running from 2pm to 10:30pm, tickets are £6 per screening and are now on sale. There will also be some very special guests in attendance.

Setting the tempo to start the day is cult film Hairspray (1988 – Cert 12) at 2pm. The musical with a civil rights heart stars household favourites Divine, Rikki Lake and Debbie Harry. The punchy film is about pleasantly plump teenager, Tracy Turnblad, who goes from TV dance contestant to teen hero when she takes on her rivals and their dodgy attitudes. Teaching 1962 Baltimore a thing or two about integration.

At 4pm is the inspirational true story, Pride (2014 – Cert 15), a film based on true events tells the touching story about U.K. gay activists who worked to help miners during their lengthy strike of the National Union of Mineworkers in the summer of 1984. With very special guests, LGSM co-founder Mike Jackson and fellow original member Gethin Roberts – the real people whose stories are told in the script, will be travelling from South Wales to introduce the film as well as doing a Q&A in the education area.

Next is the Liverpool Premiere of a new LGBT film set and made in Liverpool Soft Lad (2015 – Cert 15) at 6:30pm. A film about a young man involved in a love affair that changes his life forever, whilst his lover wrestles his demons on a journey that will force him to come to terms with his sexuality, leaving lives destroyed in the wake. Love, lust, sexuality and betrayal all play arts in this coming of age story. Special guest, Leon Lopez, in his directorial debut, will be introducing the film and taking a Q&A afterwards with cast members including Suzanne Collins.

Finally at 8:30pm, closing the Travelling Cinema is the new motion picture, Dressed as a Girl (2014 – Cert 18). Filmmaker Colin Rothbart pulls off the wigs, wipes off the mascara to unveil the real people behind the much hyped and talked about East London’s alternative drag scene. Filmed over five years, the film covers not only the rise and fall of this hugely popular gay club scene but also offers some personal, emotionally honest portraits of six individuals at the heart it. The movie will also be shown with short film Don’t Forget the Drag Queens by Jonathan Larkin and Ben Youdan, shot in Liverpool!

Soft Lad and Dressed As A Girl are part of Peccadillo’s POUT Summer Tour, Peccadillo Pictures is an award-winning* UK film distributor of Art House, Gay & Lesbian and World Cinema titles with an impressive collection of films from across the world. Launched in 2000, Peccadillo nurtures new and upcoming talent alongside established directors. In addition, Peccadillo Pictures also distributes short films and rereleases of classic titles.
Keep up to date with Liverpool Pride announcements by visiting www.liverpoolpride.co.uk, you can also register to volunteer or find out about sponsorship and funding opportunities.

Liverpool Without Walls brings culture back to the streets