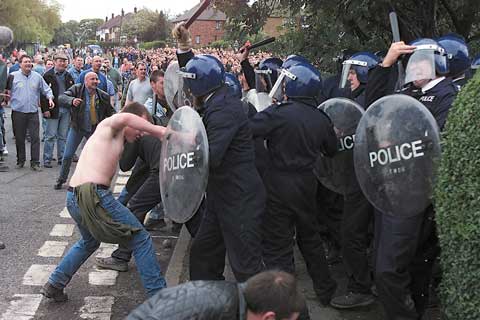 The TUC are in town next week. The 141st Trades Union Congress will take place from the 14th – 17th September 2009 at the BT Convention Centre in Liverpool.

The film will be followed by a panel discussion hosted by Jonathan Derbyshire, Culture Editor of the New Statesman.  More panelists to be confirmed.

To RSVP or receive more information about this event, email events@newstatesman.co.uk

The film features the re-enactment, conceived by artist Jeremy Deller, of one of the most violent clashes between striking miners and police during the Miners’ Strike in the streets and fields of Orgreave, South Yorkshire. Figgis’ hour-long film relives this important day, which made social and political history, and combines the re-enactment with live footage of the event.

Talk by David Jacques at the Walker