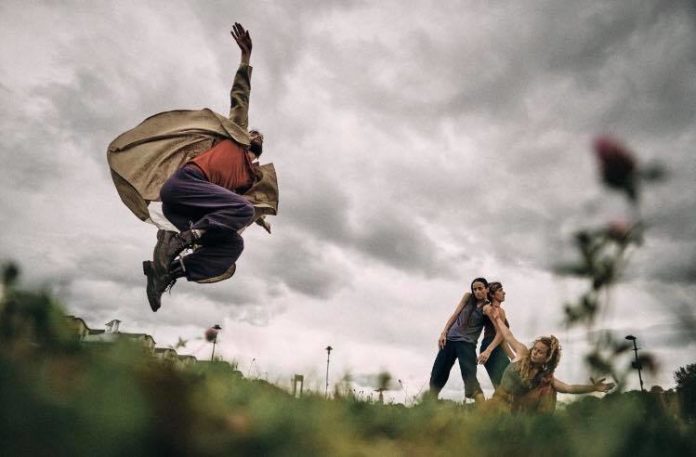 The Angel Field Festival kicks-off in Liverpool this week – and it promises to take audiences on a ‘creative and expressive voyage of discovery’.

The festival is organised by Liverpool Hope University, with most of the performances taking place at the University’s Creative Campus on Shaw Street.

And artistic director Stephen Davismoon says there’s something for everyone.

The opening night will see a performance of Drift Chamber, a concert of ambient classical and electronic music from composer/arranger Joe Duddell and producer/sound designer Lex Shellard, fresh from their recent appearance on BBC Radio 3’s Late Junction.

Another key highlight is the performance of macabre new opera The Hive, ‘set in a world of forensic psychiatry and serial killing; a world in which no-one escapes.’

There will also be a screening of classic 1954 Federico Fellini movie La Strada – a film that left the Italian director with both an Academy Award… and a nervous breakdown.

And the festival climaxes on Friday 14th February with a Valentine’s Day big band bonanza, as the Phil Shotton group perform ‘some of the most romantic of music’ from legends like Duke Ellington, Stan Kenton and Count Basie.

Professor Davismoon adds: “The Festival builds upon the distinct tradition of culture and arts of the City of Liverpool.

“Our Angel Field Festival aims always to delight, challenge, captivate and exhilarate, with its varied and diverse content, celebrating excellence in the arts in a fully inclusive environment.

Another performance of note will see Stephe Harrop, Head of Drama, Dance and Performance at Liverpool Hope, questioning notions of national identity… through the medium of ‘great big M&S knickers’ by way of a ‘part history, part story-set, and part straight-up rant’.

Meanwhile local schools will also be invited to Angel Field Festival to take part in a series of workshops – including how to choreograph and execute ‘Stage Combat’ scenes, as well as practical singing lessons.

The good news is that some of the performance shows are free to enter, while other tickets start at £6.50 per person.

To see the full line up go to: http://www.thecapstonetheatre.com/angelfieldfestival/