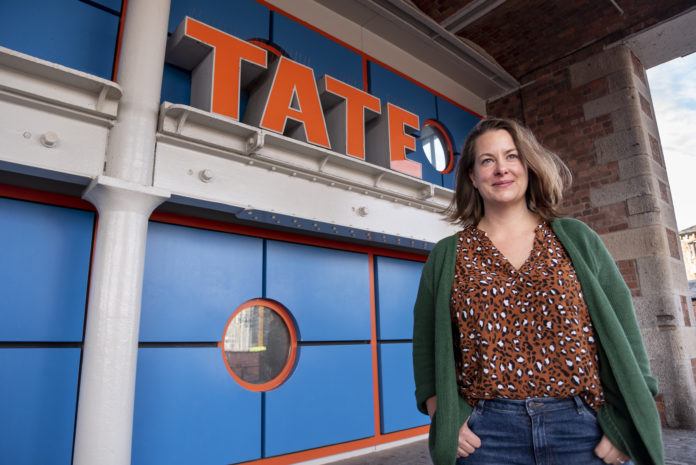 Tate Liverpool has revealed Emily Speed as the successful applicant of the inaugural Art North West, an open call issued by the gallery for artists based in the north-west of England.

Speed, who was shortlisted for the 2013 Northern Art Prize and has a studio in Cheshire, will develop a newly commissioned project for what will form her first solo exhibition in a major UK gallery, to go on display in Spring 2021.

Known for her work examining the relationship between the body and architecture, Speed’s practice considers how a person is shaped by the buildings they have occupied and how a person occupies their own psychological space. Working in many different media, including sculpture, drawing, performance and film, Speed regularly collaborates with choreographers, dancers and filmmakers as well as embedding community groups and real-life narratives within her work.

Speed’s previous works include Façades/Fronts 2018, a live performance and film commission from Look Again Festival, shown as part of The Happenstance, Scotland+Venice at the Venice Architecture Biennale; the performance piece A Parade of Architectural Commas 2017 and Rooms Designed for a Woman 2017, both shown at Yorkshire Sculpture Park; and Body Builders 2016, an installation with wooden constructions, projected film, wall paintings and ceramic objects commissioned by Fort Worth Contemporary Arts, Texas. She has also taken part in the group exhibitions Transparency 2018 at Walker Art Gallery and Abacus 2018 at the Bluecoat Gallery, both in Liverpool.

Emily Speed said: ‘I am really excited to start working on a project of this scale, which would be impossible without the support this opportunity offers. This feels like an incredibly significant moment for my practice and I plan to enjoy it to the fullest.’

Helen Legg, Director, Tate Liverpool said: ‘We received many high-quality applications for the open call, which confirmed just how many exciting and dynamic artists there are in the North West of England. I’m looking forward to working with Emily as she develops this exhibition and giving her the opportunity to access support from across all departments at Tate Liverpool as she brings her vision to fruition for 2021.’

Speed was chosen for the commission by a panel of selectors made up of Helen Legg and Tamar Hemmes, Assistant Curator, Tate Liverpool, as well as Simeon Barclay, a Leeds based artist, Charlotte Keenan, Curator of British Art, Walker Art Gallery, and Linsey Young, Curator of Contemporary British Art, Tate Britain.