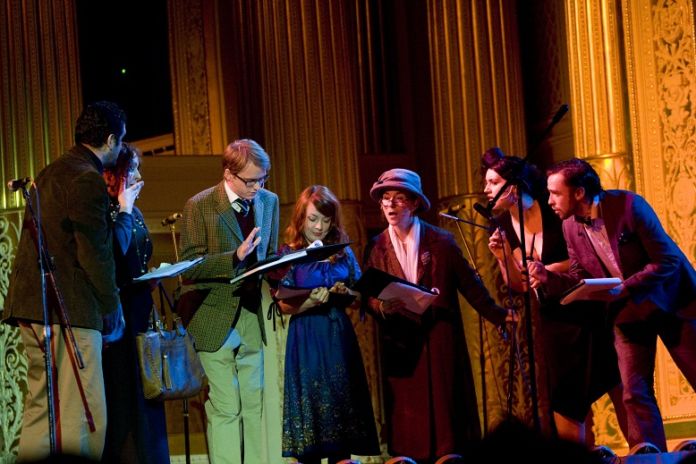 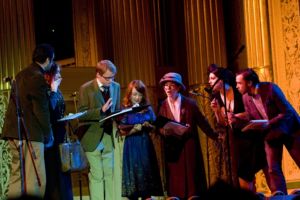 Jane Davis, founder and director of The Reader Organisation, says:

“It’s amazing that we’ve been doing this for 9 years now. We started in 2004 when Liverpool won the Capital of Culture bid and we wanted to develop an audience for readings during 2008. We needn’t have worried; from the word go we’ve packed out the venue! It is great to welcome so much Liverpool talent to the stage this year – it’s going to be another memorable evening in St. George’s Hall.”

Tyson and Cottrell Boyce will be joined by Louis de Bernières, the author of Captain Corelli’s Mandolin (made into a film starring Nicholas Cage and Penelope Cruz), and readers from the charity’s own award-winning team.  Other performers include Liverpool Harmonic Gospel Choir and Georgina Aasgaard, a cellist with Liverpool Philharmonic Orchestra.

“Having appeared in The Reader Organisation’s touring Penny Readings in London and Guernsey, I am delighted to join them at the event’s home in Liverpool for this unmissable festive occasion.”

The Ha’penny Readings, a popular family event, makes another return. Held on the same day at 2.30pm, this event for young readers features music, Santa, comedy capers with Sticky Floor, selected readings for the festive season and special guest, Angela Macmillan, editor of A Little, Aloud for Children.

As tickets are in such high demand for the Penny and Ha’penny Readings, there will be a public raffle to allocate the limited number (only one pair of tickets available for each person).

To enter, please call the Penny Readings Hotline on 07812 238 372 or email pennyreadings@thereader.org.uk, leaving your name and contact details, and specify which event you would like tickets for (the Ha’penny Readings for young people at 2.30pm, or the Penny Readings at 6.30pm). The line is open from 9am Friday 9th November until 5pm Friday 16th November (any calls or emails before or after this time will not be entered into the draw).

Roger Phillips will draw the first two winners of Penny Readings tickets live on air between 12.30-1pm on Radio Merseyside on Wednesday 21st November. All winners will be notified by Friday 23rd November.