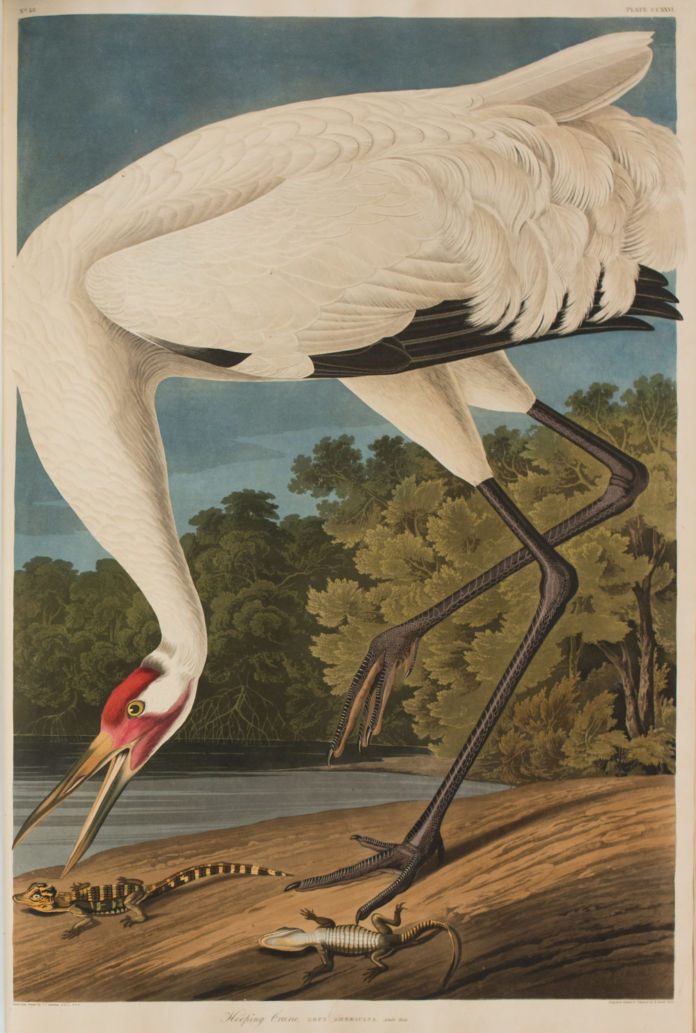 From a Monet masterpiece to an Egyptian head, the civic silver and a totem pole, Liverpool has a wealth of hidden treasures to be rediscovered by the public this Liverpool Biennial 2018.

Worlds within worlds will reveal some of Liverpool’s great civic treasures, paintings and objects. Some of these have rarely been seen by the public and will be presented as part of the Biennial’s international programme, Beautiful world, where are you? running from 14 July – 28 October 2018.

Sally Tallant, Director of Liverpool Biennial, said: “Telling the story of Liverpool as a port city – its great prosperity, its post-industrial decline and its post-colonial histories – these collections have acted as inspiration and context for the development of the 2018 Biennial, alongside the commissions to international contemporary artists for the programme.”

Permanent and temporary displays
The Museum displays include examples of scrimshaw – works of art carved from tusks – attributed to French prisoners of war held in Liverpool during the Napoleonic wars; the ‘Waterloo’ teeth, dentures made from teeth extracted from fallen soldiers on the battlefield, so-called because the Battle of Waterloo produced such a rich supply; a taxidermy aardvark, a lion’s skull, as well as mammoth and elephant teeth from the Zoology Museum collection; and a first edition copy of Robert Hook’s Micrographia, the world’s first scientific best-seller published in 1665. Also on display will be a selection of anatomical models of plants from the World Museum made at the turn of the 20th century, one of the largest collections of its kind in the UK.

Audubon’s Book of Birds of America at Central Library
Permanent display; pages turned at 12 noon every Wednesday between 14 July – 28 October, as well as 14 July and 4 August
Liverpool’s Central Library holds on display one of only 120 copies in existence of the largest and most beautiful illustrated book of birds made by the celebrated ornithologist John James Audubon (1785-1851). These life-size coloured images of birds are contained in 435 aquatint plates, originally issued in 87 parts between 1827 and 1838.

Collection of Garstang Museum of Archaeology
Permanent display
Named in honour of Professor John Garstang, who founded the Institute of Archaeology and its associated museum in Liverpool in 1904, the museum features artefacts from the excavations of Garstang in Egypt, Sudan and the Near East. Highlighted from the display is the head of an Egyptian woman’s wooden coffin dating back to 1539-1252 BC.

The Minton Floor at St George’s Hall
On view 3 – 12 August
St George’s Hall is widely considered one of the finest examples of neo-classical architecture in Europe. The encaustic tiled Minton floor in the Great Hall dating from 1852 and containing over 30,000 tiles is rarely revealed. Spread over an area 42 metres long by 22 metres wide, the floor is in mint condition and has been mostly covered since the late 1800s. The floor is studded with iconography including Neptune with Tritons, sea nymphs, boys on dolphins, the City of Liverpool’s coat of arms, and circles containing the Star of St George, the English Rose, the Scottish Thistle and the Irish Shamrock.

The Civic Silver Collection at the Town Hall
On view 13 – 24 August
Liverpool Town Hall is going to open access to the city’s eclectic collection of silver gifts received by the Lord Mayors and people of Liverpool over the centuries. Works include a Mace formerly belonging to Charles II, gifted to the Town Hall by Lord Derby in 1676; George III tankards; George IV Five Light Candelabrum; and minutely detailed decorative objects such as silver galleons, snuff boxes and memorial gifts.

The Haida Pole at the World Museum
Permanent display
The Haida pole originally stood in front of ‘Something Terrible Happened House’ in the village of Xaayna, Haida Gwaii (Queen Charlotte Islands, Northwest Coast, Canada). It was carved during the 1860s or 1870s from western red cedar, commemorating the wife and husband who lived there. Poles were traditionally raised to mark deaths, new long houses, as well as the forming of new political connections through marriage and receiving a name. The Haida pole was the centrepiece of Middle Mayer Hall’s important ethnography collection in Liverpool. It miraculously survived intense fire and flying shrapnel during the Second World War and now stands in the atrium of the World Museum in Liverpool.

Other highlights include Allerton Oak in Calderstones Park, the oldest oak tree in the North West at about 1000 years old, and Chalybeate Spring at St James’ Gardens discovered in 1773 by quarrymen.

20/08 Offers from Liverpool Galleries and Artists