The Walker Art Gallery, Liverpool, will host an exhibition of artwork by Leonardo da Vinci (1452-1519) to mark the 500th anniversary of the artist’s death. Leonardo da Vinci: A Life in Drawing (1 February to 6 May 2019) will explore the diversity of subjects that inspired Leonardo’s creativity across 12 drawings.

The free exhibition will be held as part of a nationwide event organised by Royal Collection Trust, in which 144 of the Renaissance master’s greatest drawings in the Royal Collection will go on display in 12 simultaneous exhibitions across the nation, giving the widest-ever UK audience the opportunity to see the work of this extraordinary artist.

Leonardo was unique in his range of achievements, and drawing lay at the heart of his work. He drew to prepare his artistic projects, to record the world around him, to pursue his scientific speculations, and to make his imagination visible.

Xanthe Brooke, Curator of European Art, National Museums Liverpool, said: “Leonardo da Vinci is undoubtedly one of the most renowned and influential artists in history, having left a major impact within the disciples of both art and science. We’re honoured to be part of this wonderful showcase of drawings, creating a very special moment in the Walker’s history.”

“Through the exhibition and the lively events programme accompanying it, we look forward to revealing more about the man behind the art and exploring the breadth of subjects that inspired him.”

Leonardo was born in the town of Vinci, near Florence, as the illegitimate son of a young lawyer and a teenage peasant girl. He began working as a painter at the age of 20, and would famously go on to paint such masterpieces as The Last Supper and the Mona Lisa. His contemporaries included fellow Renaissance masters Michelangelo and Raphael.

The drawings at the Walker include The head of Leda, depicting Leda from Leda and the Swan, a popular story from Greek mythology. Here, Leonardo has devoted his attention to illustrating her elaborate, intricately braided hairstyle. Also on display will be the artist’s metalpoint study of a horse, which was used to help him to build a clay model for a large bronze monument commissioned by the ruler of Milan.

The exhibition showcases Leonardo’s botanical and anatomical studies, which were often scientific studies in their own right, while other drawings focus on subjects including classical architecture, the solar system and the movement of water.

The 12 drawings will also include a charcoal study for the drapery of Leonardo’s Madonna and Child with St Anne, demonstrating his remarkable technical abilities, as well as a river landscape, a stormy apocalyptic scene and a chalk drawing of a masquerader on horseback in an ornate costume. This drawing was probably produced during the artist’s time as a court artist in France at the end of his career. 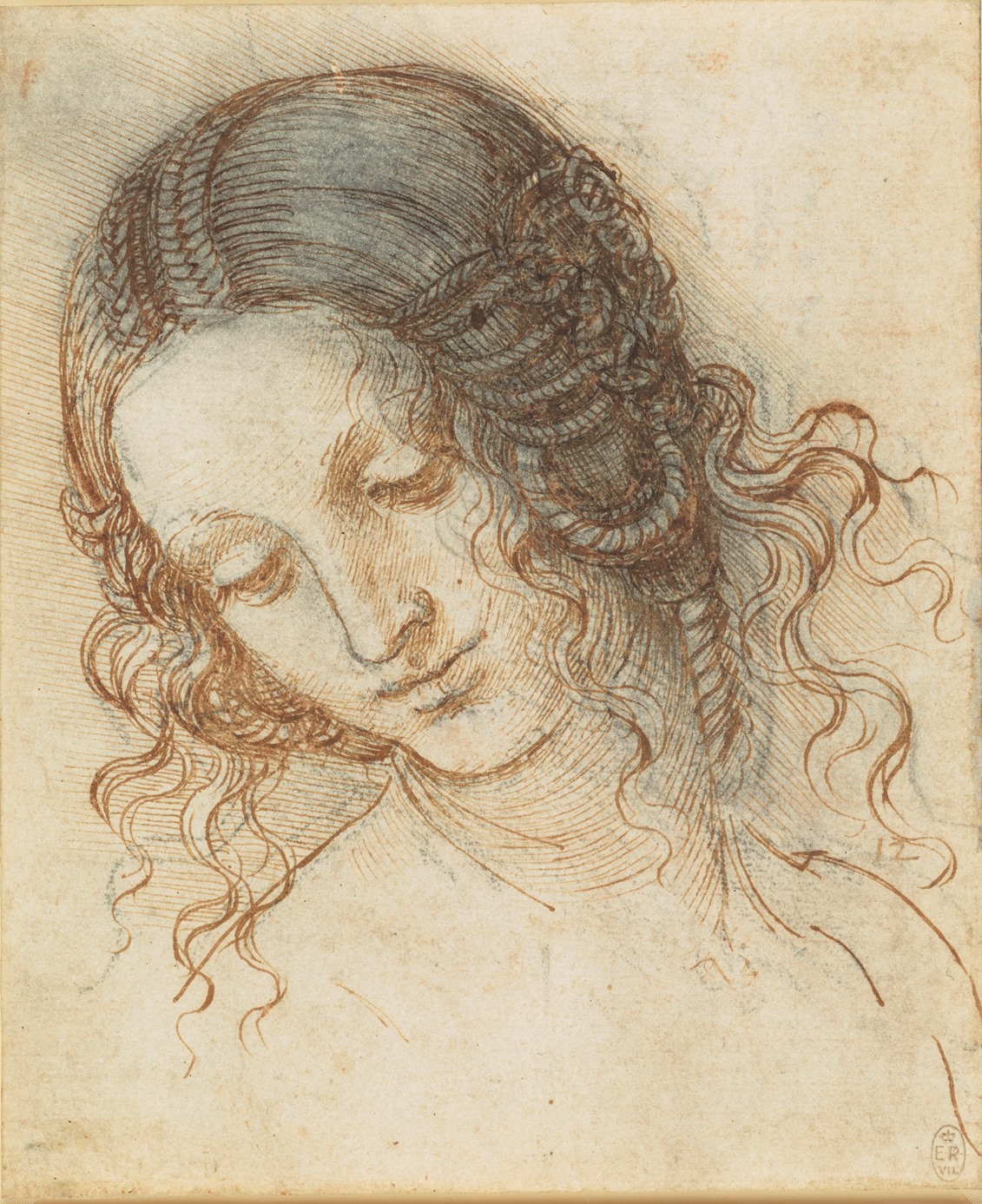 Martin Clayton, Head of Prints and Drawings, Royal Collection Trust, said, “The exhibition at the Walker Art Gallery demonstrates the extraordinarily wide range of Leonardo’s work throughout his lifetime, and is a thrilling opportunity for audiences to engage directly with one of the greatest minds in history.

“His drawings were central to his work in every field, both his artistic projects and his scientific investigations; they allowed Leonardo to work out his ideas on paper, and can be viewed as his private laboratory.”

The Royal Collection holds the finest surviving group of Leonardo’s drawings – more than 550 sheets – that have been together since Leonardo’s death. They were originally acquired by King Charles II around 1670.

Visitors to the Walker can find out more about Leonardo’s life and career in Rooms 1 and 2, where work by Leonardo’s contemporaries, friends and rivals will be on display within the Gallery’s own collection of Renaissance art.

To find out more about the exhibition, visit liverpoolmuseums.org.uk/leonardo500

Wolfgang Tillmans at The Walker – last chance to see

Issue 10 of NERVE Magazine – Out Now