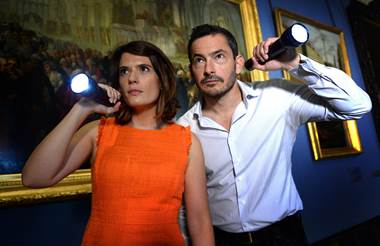 A hunt for fake masterpieces, organised by Sky Arts, has revealed that Merseyside has the best art detectives.

Throughout July, members of the public of all ages, aficionados and novices alike, are invited to use their detective skills to spot the seven copies hiding in plain sight at galleries across the country. All displays are available for investigation online, via the competition website: skyartsfake.com

As the national competition reaches its halfway point, initial statistics* reveal that:

Merseyside art-spotters are the most perceptive

But people have been struggling with landscapes and scenes

The responses from the public thus far have been very positive. Phil Edgar-Jones, Director of Sky Arts says, “People are really getting up close to these wonderful paintings and having fun discovering the joys of British Artist. I’m impressed by the level of success in Merseyside – do they have a better eye for detail than the rest of the country? Scotland is also doing well, but there’s still time for art spotters in London, Manchester and Cardiff to prove their powers of detection! It’s a great activity to do with the kids in the holidays.”

Charlotte Keenan, curator of British Art at National Museums Liverpool, comments specifically on the local public: “The findings support what we’ve known for many years – here in Liverpool we have an incredibly engaged audience who know and love our collections. Liverpool has a long and diverse history of creativity, and we’re a confident bunch when it comes to sharing our thoughts and ideas about art.”

The competition is open to all ages until the end of July, with those who identify the most ‘fakes’ being invited to be involved in the series finale at the Ashmolean Musuem in Oxford. These finalists will also compete to win a commissioned fake of their own.

When aired in the New Year, each episode will focus on particular periods in British Art: such as animal art and portraiture in the 18th and 19th centuries. The program will also feature interviews with curators, and the contemporary artists who secretly recreated the masterpieces.

This is the first Sky television series to be presented by Giles Coren, award-winning critic and columnist for The Times, following his debut on Sky Arts in an episode of My Failed Novel. It is also the television debut for Rose Balston, an Edinburgh-educated art historian and writer who lectures for the V&A and founded her own company, Art History UK.

Fake! The Great Masterpiece Challenge will be recorded throughout July and August and screened on Sky Arts in the New Year, when the identity of the seven ‘fakes’ and the artists who copied them will be revealed. The seven originals paintings will return to the galleries once the competition has ended.

To enter the competition visit: www.skyartsfake.com