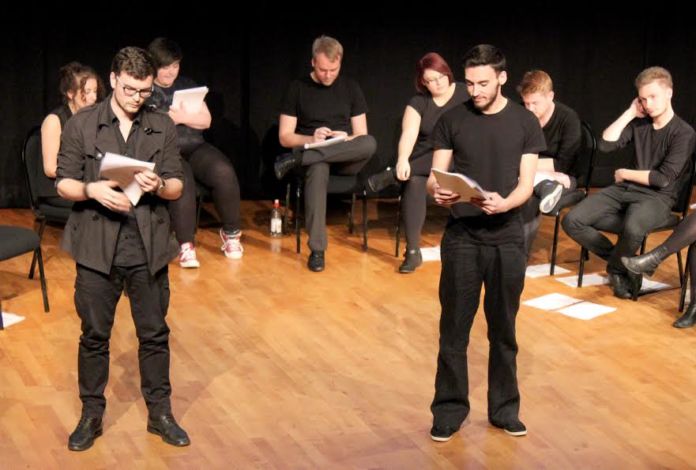 Last week, as part of the Cornerstone Arts Festival, members of the public were invited to Hope Liverpool’s creative campus to watch excerpts from the ten plays shortlisted for the first Liverpool Hope Playwriting Prize.

Liverpool Hope University has partnered with Royal Court Liverpool and the Liverpool Echo to find the UK’s next great playwright. This new national competition is a chance for an up and coming playwright to win a cash prize of £10,000 and have their work considered for staging by a top North West theatre.

The final ten scripts will next go to the judging panel, which includes recognisable names such as Frank Cottrell Boyce, Kathy Burke, Paul Allen, John Godber, John Bennett, and Liverpool Echo Arts Editor Catherine Jones. The identity of all the entrants will remain anonymous until the winner is announced in January.

In alphabetical order, the top ten selected plays are:

Find out more about the Cornerstone Festival here.

National Museums Liverpool’s House of Memories goes On The Road