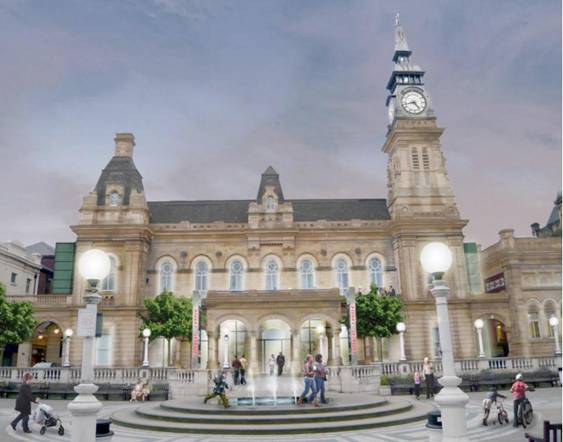 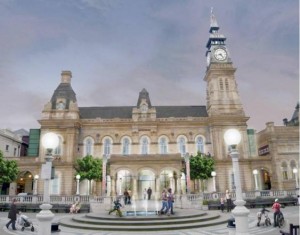 The Atkinson, Southport’s brand new state of the art multi-purpose cultural venue, can now reveal the eclectic performance programme for its opening season.

Incorporating four established venues – Southport Arts Centre, the Atkinson Art Gallery, Botanic Gardens Museum and Southport’s Central Library, into one regional cultural centre, the Lord Street venue has undergone extensive development and will open in several different phases across the next two years. When fully complete, The Atkinson will comprise two performance spaces, a cafe, TIC and library, plus art galleries, a shop and a museum.

The initial performance programme for The Atkinson features renowned names from the world of music, dance, theatre and comedy plus some top family and children’s entertainment and gives just a taster of the calibre of artists who will be visiting this regional centre for the arts in the future.

The headline acts of the long established Southport Jazz Festival make The Atkinson their home from 2013 onwards, with this year’s festival running from 10-12 May and bringing with it a fantastic line up of acclaimed artists, a great mix of big names and up and coming talent including The Nicola Farnon Quartet, The Al Wood Nine, James Morton’s Pork Chop, Go Go Penguin, The Bateman Brothers Jazz Band Ft: Spats Langham and Enrico Tomasso, Gabby Young and the Other Animals, Sector 7, Milestones Play to the Silent Screen, Kairos 4tet, Joe Stilgoe and James Morrison with Swingshift Big Band.

Aside from the Jazz Festival, The Atkinson has lots of other great music on offer with a wealth of genres represented.

Americana, roots and blues fans won’t be disappointed with the gigs coming up – there’s State of The Union, a masterclass in songwriting from bluesy Americana stalwart Brooks Williams and cult British singer-songwriter Boo Hewerdine on 3 May, and the superb I See Hawks in LA, a roots-rock band straight from California on 4 July. Also crossing the Atlantic, this time from Canada, isRomi Mayes on 25 May with guitar demon Jay Nowicki, who together are described as edgy blues electric duo with a dirty bluesy sound.

Folk lovers are also well catered for – one of the most popular duos on the vibrant English folk scene Spiers and Boden visit The Atkinson on 9 May, followed by a return to popular duo performances from two more of British folk’s most accomplished performers Kathryn Roberts & Sean Lakeman on 22 May, the originators of British folk-rock music Fairport Convention on 30 May, and in June not one but two award winning female folk singer songwriters – Cara Luft on 14 June and Heidi Talbot on 22 June.

The Atkinson also has classical music covered. 16 June sees a performance of Reverie – The Life and Loves of Claude Debussy, the fourth biographical programme of composers’ words and music to be scripted by pianist Lucy Parham that celebrates Debussy’s 150thanniversary. Angela Hewitt, who the Guardian described as ‘the pre-eminent Bach pianist of our time’, performs a concert on 5 May

There’s an exciting double bill of country music and rock from Albert Lee & Hogan’s Heroes on 6 June, and country fans with also loveThe Johnny Cash Story starring Roger Dean and The Lazy Boys on 27 July. 70s rock & roll legends Showaddywaddy visit on 24 May, and The Christians, the outstanding, soul influenced group who had hits in the late 80’s and 90’s including ‘Forgotten Town’, ‘Harvest For The World’, ‘Born Again’,‘Ideal World’, and ‘Hooverville’, play at The Atkinson on 8 June in this, their 25th anniversary year. Irish contemporary singer-songwriter Kieran Goss visits on 17 May, this multi-platinum selling artist will perform a selection of his hits.

The Atkinson can also boast a strong comedy programme for its opening season. Hilarious highlights include an evening of observational humour on 2 May from ex-Guardian sports reporter Josh Widdicombe plus Seann Walsh, both regulars on various TV comedy shows.Montana’s Rich Hall brings his renowned, grouchy deadpan style to the Atkinson stage on 8 May, whilst 15 May sees comedian, writer, broadcaster and all-round British institution Arthur Smith’s latest show ‘Exposed!’  On 29 May Monkeypoet performs a double bill of 2 radically different acts – the surreal Murder Mystery bringing some of the literary world’s most renowned figures back to life followed by an hour of radical stand up! On 12 June The Reduced Shakespeare Company will whizz audiences through The Complete Works of Shakespeare in their own inimitable style whilst on 15 and 16 June Torquay comes to the North West with Faulty Towers – The Dining Experience – a dinner show with a hilarious interactive twist! The Lancashire Hotpots – five northern lads in flat caps – round off this rib-tickling season on Saturday 13 July with their rib-tickling blend of music and fun.

World-class dance company Richard Alston, renowned for the musicality of their choreography, will perform three enchanting pieces on Thursday 23 May and for something completely different, Nicholas Collett plays a multitude of characters and recreates the Battle of Britain onstage in Spitfire Solo on 16 May.

There’s plenty to keep young people and families entertained, too.  Hiccup theatre and Olivier award-winning writer Mike Kenny bring a revamped version of the classic fairytale Rumpelstiltskin on 18 May, Topsy Turvy Theatre effortlessly bring to life the tale of a little duckling struggling to find her feet as she grows up on 29 May with Ruby Flew Too and Andy and Mike’s Tick Tock Time Machinestarring Cbeebies’ Andy Day flies into The Atkinson on 2 June. On 14 and 15 June, Stuff and Nonsense Theatre Company bring their infamous blend of physical comedy, eccentric puppetry and live music to tell the story of The Enormous Turnip!

For more information and to book tickets visit www.seftonarts.co.uk or call box office on 01704 533333

The Atkinson is a key transformational project, enhancing Southport’s offer of ‘England’s Classic Resort’. It is a £17 million development, due to open in Spring 2013. It involves the integration of three Arts & Cultural managed venues, Southport Arts Centre, the Atkinson Art Gallery and Botanic Gardens Museum alongside the Southport central Library, into one regional cultural centre. Sefton Council, North West Development Agency, Arts Council England and Sea Change funded the Atkinson project. A funding application has also been successful to the Heritage Lottery Fund for the fit out of the museum areas to feature within the Cultural Centre.

The Atkinson will deliver high quality arts and cultural entertainment from dance and drama to fine art and music, whilst supporting community art groups with their development and performances.

Set in a grade II listed building in the centre of Lord Street, the principal shopping avenue in Southport, which extends the length of the town. It will act as a focal point for the town centre and will add to the food and beverage offer and the Lord Street retail offer to make a complete visitor experience.