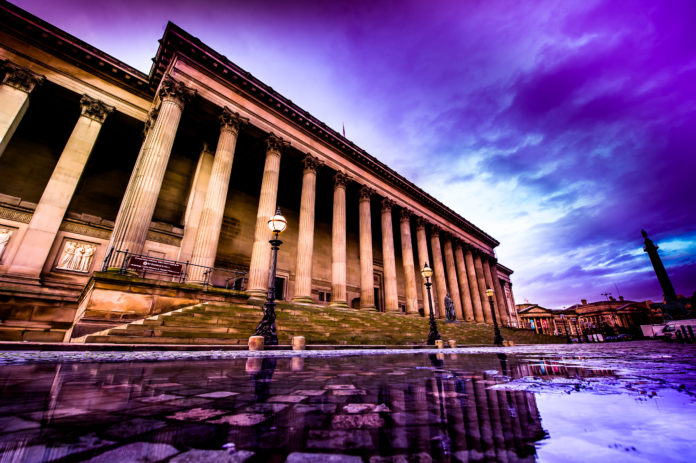 A SEARCH is underway for three new Trustees to help drive the future success of Liverpool’s world-famous St George’s Hall.

St George’s Hall Charitable Trust is looking for three exceptional and well-connected individuals with a track record in entrepreneurship, fundraising and strategic organisation to join its board.  A knowledge of heritage and ambassadorial skills would also be an advantage.

The Grade 1 listed structure – the favourite building of Prince Charles – is a jewel in the city’s cultural crown, and is at the heart of Liverpool’s World Heritage Site.

Designed by Harvey Elmes and Charles Cockerell, it opened its doors to the public in 1854, and was also home to the city’s Civil and Crown Courts until the 1980s. It has been described as ‘the best example of Neo-Classical architecture in Europe’.

This year alone, it has hosted more than 300 events, ranging from comedy and music gigs to art exhibitions, heritage talks and a Christmas market – as well as thousands of visitors during Heritage Open Days.

Earlier this year, the Charitable Trust appointed a new Chair – Claire Dove OBE DL – due to her track record in spearheading social change and having a huge impact on the region’s business, social enterprise and charity sectors.

One of her main remits is to raise funds which can then be invested in projects which develop the venue and drive income to maintain it – and now she is looking for new team members to join her.

Claire Dove said: “The restoration of St George’s Hall is something the whole city can be extremely proud of, and since it reopened 10 years ago it has become one of the region’s most sought-after event venues.

“However, we can’t rest on our laurels – it is a huge building which requires a massive amount of maintenance and we simply have to keep on top of it.

“We are looking for three new Trustees who can work alongside myself and the Board to ensure that this iconic building is preserved for future generations to come and that we leave a lasting legacy during our tenure.

“We are looking for individuals who can help me develop strong plans for the future of the Hall which will increase its appeal as a visitor destination and showcase the breath-taking heritage to a wider audience.”

CVs and letters of application (no more than two sides of A4) should be emailed to robin.thomaides@liverpool.gov.uk, or in writing to Robin Thomaides, Legal Services, Municipal Buildings, Dale Street, Liverpool, L2 2DH by Monday 20 November.

Think Inside the Box