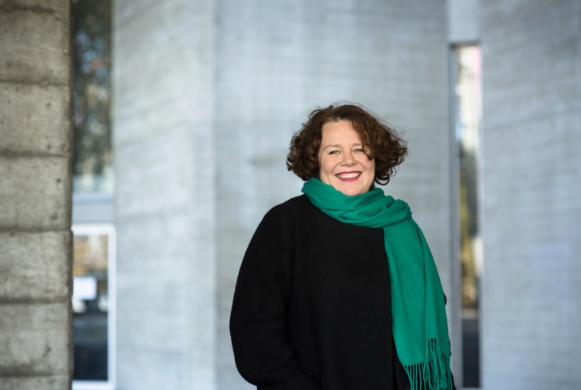 The Board of Queens Museum in New York announced today the appointment of Sally Tallant as its new Executive Director. She will take up her appointment in Spring 2019.

Sally Tallant, curator, educator and artistic director, is currently Director of Liverpool Biennial. She worked as a curator at the Hayward Gallery in London in 1999 and was appointed Head of Programmes at the Serpentine Gallery in 2001. Over the next ten years, she developed and delivered an integrated programme of exhibitions, education, projects and innovative public programmes for the Gallery.

In 2011, she was appointed Artistic Director and CEO of Liverpool Biennial, the UK’s largest international festival of contemporary art, where she has created a pioneering model of a Biennial underpinned by research and education, with a year-round programme of permanent and temporary public art commissions including the Dazzle Ships series and Ugo Rondinone’s Liverpool Mountain. She has overseen four editions of the Liverpool Biennial and has commissioned more than 180 international artists’ projects and large-scale performances, working closely with the city’s major arts organisations including Tate Liverpool, National Museums Liverpool and Culture Liverpool as well as museums and cultural institutions internationally.

Sally Tallant is recognised internationally as a leader in the field of public and socially engaged art and education and speaks regularly at conferences across the world. She is Vice-President of the International Biennial Association, formed in 2012, a Council Member of the London Arts Council for Arts Council England, and in 2018 she was awarded an OBE in the Queen’s Birthday Honours for services to the arts.

Kathleen Soriano, Chair of the Board of Liverpool Biennial, said: “We want to thank Sally Tallant for her inspirational leadership and multiple achievements as Artistic Director and CEO of Liverpool Biennial. We have been fortunate to benefit from all the brilliant work she has done for Liverpool and the Biennial over the last seven years.  She will be hugely missed by all who work with her as well as the wider Liverpool community who have benefitted from her dedication to bringing the work of world class artists to every part of the city, and truly involving everybody in the experience of art, proving that art is accessible to all.”