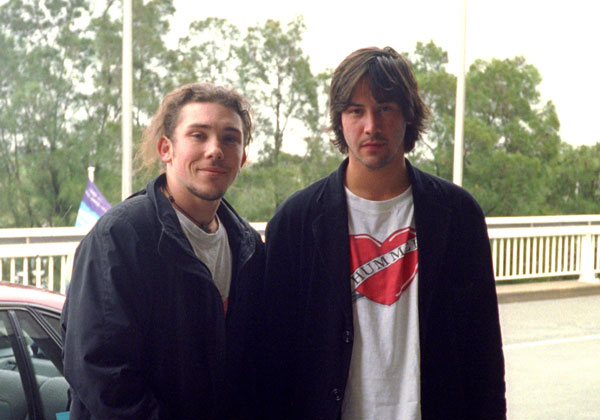 Open Eye Gallery, one of the UK’s leading photography galleries and the only venue of its kind in the North West, is excited to announce the UK premier of two exhibitions in their new gallery on the Liverpool Waterfront, from 13 January to 18 March 2012.

What began for Simpkin as an adolescent urge to photograph himself with celebrities developed into a lifelong project that has resulted in a vast collection of over 1,000 images, a wealth of anecdotes and a unique, multi-faceted self-portrait.
His meticulously collected images chart the fashions and faces of countless stars from the worlds of music, film, sports and politics: From Audrey Hepburn to Michael Jackson, the Dalai Lama to Nelson Mandela.
As the series progresses and Simpkin matures against a backdrop of a changing world, we get to see some of the world’s most recognisable celebrities spontaneously posing, revealing something of what lies behind their highly controlled public images

“Richard Simpkin’s work is a true revelation. Obsessively having his photo taken with the celebrities of the world, he shows them almost to be puppets in his own game of charades. Knowing how difficult it is to get access to celebrities in this day and age, it is an awesome achievement, and turns his whole game into a compelling piece of art.” (Martin Parr, Guest Curator)

The exhibition also includes the work of LA-based photographer Simone Lueck who, for her project The Once and Future Queens, posted an advert on the website Craigslist, inviting older women to pose for her in the guise of their favourite film star. Each participant did her own hair, makeup and wardrobe, working closely with Lueck on the staging of her portrait.
The resulting images are haunting reflections on gender, self-image and mortality – some playful but others tinged with sadness. 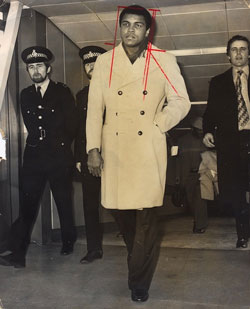 Parr has spent many years building a collection of objects relating to the popular culture of photography. Found in flea markets and second-hand shops, his ‘painted photographs’ are press prints and publicity shots of actors, musicians and sports stars from the post-war decades. The images have been ‘painted’ and edited by newspapers or magazines to improve their reproduction or indicate areas for cropping.

Exhibited for the first time, these pictures of stars such as Marilyn Monroe, James Dean, John and Yoko show us how images of celebrities were refined and manipulated in a time before Photoshop.

Jeremy Deller: With a Little Help From My Friends presents by...

Liverpool 08 bestseller back in store