A Foundation has invited Artprojx to devise a Summer film programme which will be housed in Greenland Street’s purpose-built cinema space. Artprojx is the pre-eminent arts agency showing artists moving image and has worked with arts venues such as Tate, White Cube, Hauser and Wirth and Victoria Miro and with artists such as Mark Wallinger, William Eggleston, William Kentridge, Susan Hiller and Christian Jankowski.

David Gryn has curated a long weekend event scheduled for the end of July, which will include screenings of new and existing works by both emerging and more established artists, some of which will be accompanied by live orchestral and dance performances. Artists who are part of the programme will give a presentation/talk before their screening. The content of the programme attempts to convey the breadth and diversity of artists’ films, and to explore the potential relationship between film and other live artforms such as dance, performance and music.

Wednesday 4 July, 7pm
Terry Smith
Taking a piece of music by Monteverdi as its starting point Broken Voices Part 2 is a collaboration between international vocalist Linda Hirst and composer Ian Dearden that is part live performance and part sound and video installation.

Thursday 19 July, 7pm
David Blandy
A search for soul and identity through popular music, Bruce Lee and Star Wars David Blandy’s films use humour to question the individual within mass media constructions. With a live performance by the artist.

Saturday 21 July, 7pm
ZATORSKI + ZATORSKI
ZATORSKI + ZATORSKI question and subvert our expectations through works that can often be seen as video paintings. The artists will introduce a selection of sumptuous video works that explore ideas around mortality, including Kokoro, a surreal micro-drama played out by two butterflies in the arena of a female belly button.

Sunday 22 July, 7pm
Alice Anderson
Alice Anderson introduces four of her short films. Fuelled by introspective visions of childhood Anderson’s works are often described as ‘Freudian tales’ each work contributing to a kind of novel that the artist has been building since 1999.

Each event is free but booking is recommended.
Please contact info@afoundation.org.uk or call 0151 706 0600 to reserve a seat. 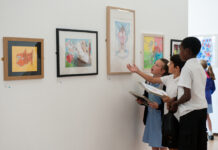 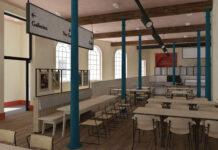 Bluecoat to be redeveloped in major new scheme 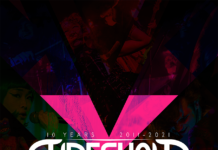 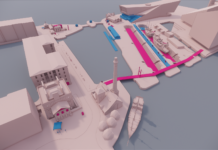 A very Good Morning in Liverpool